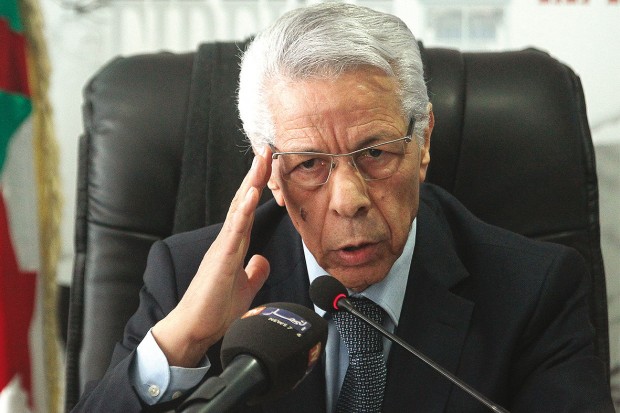 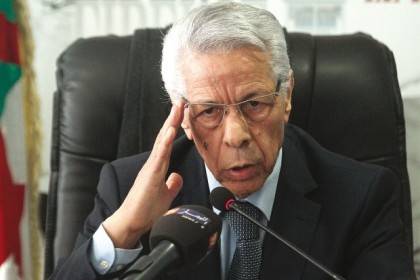 Former Algerian Premier Mouloud Hamrouche Saturday said he feared more for Algeria given the current status quo at the top of the country’s leadership which is unable to formulate suitable solutions to the economic crisis adding that the country needs a “clear national will” in order to recover from the current turmoil.
Harmouche was speaking to a group of civil society organizations at Batna, capital of the Aures.
Refraining from giving names, he criticized the political system for being the root cause of the current crisis tormenting the country.
“It is obvious that our political system does not know how to address the long running crisis. We are in front of a political system crisis. It does not know how to put an end to repeated failures,” Harmouche said.
He went on saying that current status quo is also fostered by internal game of change of personalities in the political system aiming at conserving collective interests of people at the top of the country’s leadership.
For him, to end the crisis, Algeria needs political decisions in all domains of the country’s management.
“The situation requires political decisions in all domains; each decision not studied, not understood and which origin is unclear and mainly not subject to control will not doubt destabilize the country,” we warned.
He also called for a “clear national will” which will ponder on the political system and the form of management of the country.
For him this clear national will should encompass all walks of the country’s forces which unite the country, and guarantees the freedom of every citizen.
He also argued with that clear national will lead to a modern state in which the army should be at the service of the state and not the government.
“Power is cyclical, it changes with change of personalities and the policies, but the state remains,” he stressed out.