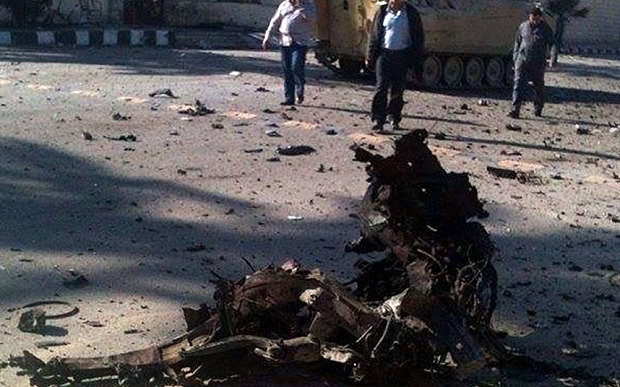 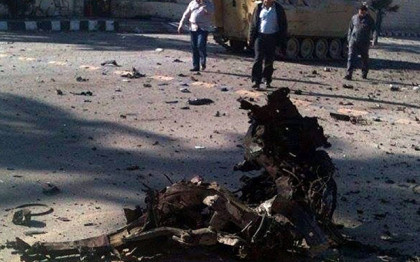 Egyptian High Election Committee (HEC) Tuesday cancelled a news conference following the death of two judges killed in an attack perpetrated by IS in the Sinai against a hotel in the provincial city of al Arish.

The news conference in Cairo that was to announce results of the second round of Egypt’s parliamentary elections held Nov. 21-23 was cancelled sine-die.

Meanwhile IS in Sinai claimed the Tuesday attacks in which at least seven people including two judges, four policemen and a civilian were killed, according to Interior Ministry accounts.

Conflicting figures point out that 2 or 3 attackers were involved in the killing.

Eye-witnesses said the attack which followed Monday second round of Egyptian parliamentary polls was carried out by two militants. An account of the attack said one militant tried to drive a car into Swiss Inn, a hotel in the provincial capital al Arish. Security forces fired at the car, the tires blew up causing a huge explosion.

Another suicide bomber broke into the hotel, in the restaurant and detonated his belt. Another militant gunman entered the hotel from guest room area and killed a judge.

The military vowed to resist and weed out the militants’ attacks.

“This brutal incident is a failed attempt to hinder the state from building its institutions but we assure all that it will increase the drive and insistence of the armed forces and the Interior Ministry to weed out the roots of terrorism in North Sinai,” a military statement said.

Since 2013, militants have stepped up their attacks on security forces and state institutions in reaction to the removal of Egyptian Islamist President Mohamed Morsi.

They also claimed responsibility of the crash of the Russian passenger jet with 224 people onboard soon after taking off from the Red Sea Resort city Sharm el-Cheikh.