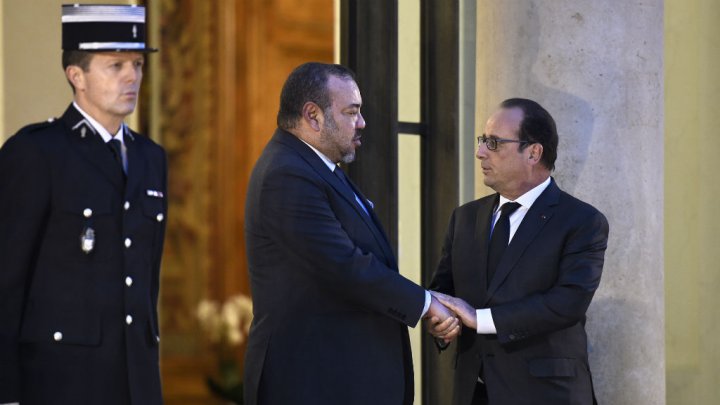 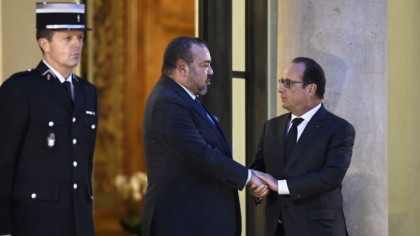 President Francois Hollande of France has expressed his country’s thanks to King Mohammed VI for the “effective assistance” provided by Morocco following the Paris terror attacks that shook the French capital a week ago.

This came during a meeting between the two heads of State held Friday afternoon at the Elysée, the French presidential palace.

The French President expressed his thanks to King Mohammed VI for “the effective assistance” provided by Morocco following last Friday attack, the King’s Cabinet underlined in a statement released after the meeting.

The two men voiced “the shared determination of France and Morocco to carry out together the fight against terrorism and radicalization and to work jointly to settle regional and international crises,” said the statement.

The intelligence provided by Morocco have actually helped put the French investigators on the trail of Belgian-Moroccan jihadist Abdelhamid Abaaoud, the alleged mastermind of the Paris attacks.

The terrorist was killed during a raid carried out by the Police in Saint-Denis, north of Paris, on Wednesday.

The following day, sources close to the investigation and several media said the non-European country that the Minister of the Interior said had provided information which enabled to raid the terrorists’ hideout was Morocco.

During their meeting at the Elysee, President Hollande and King Mohammed VI also “reaffirmed their full mobilization to the preservation of the planet and the success of the International Climate Conference, COP21 in Paris and COP22 in Morocco in 2016,” the statement said.

The longstanding friendship binding the two countries has been tested many times but has weathered all political and economic storms. During the past few years, as in 2014, relations between Paris and Rabat were sometimes strained but reason always triumphed over passion.

During his visit to Morocco last September, President Hollande had said that the two countries’ longstanding security cooperation “has never stopped” and that “nothing can alter” this cooperation because, he had said, the two states are facing the same challenges in the fight against terrorism, notably the Islamic State group.

And President Hollande was right and Morocco was up to its commitments as evidenced by the Kingdom’s support to France in last week’s ordeal.