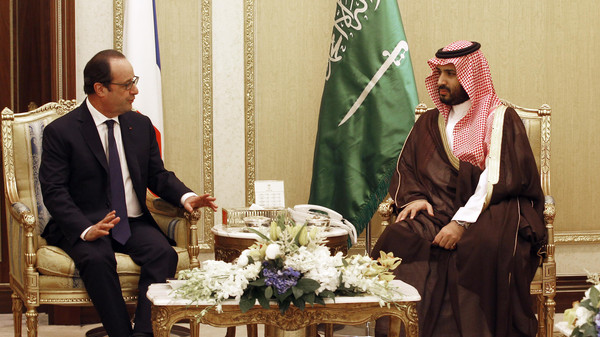 Saudi Arabia-France: Paris does not want to be left out of Saudi largesse 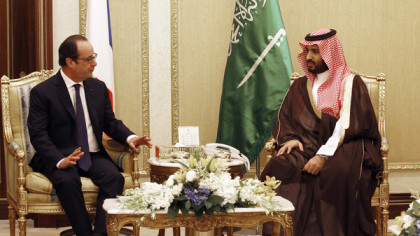 Saudi Deputy Crown Prince Mohamed Salman flew to France on Tuesday at the invitation of France for bilateral cooperation exchange following his two-day visit to Russia.

Few days after he visited President Vladimir Putin’s Russia, Saudi Arabia’s Deputy Crown Prince who is also Minister of Defense headed to France on Tuesday to discuss with President François Hollande and other French officials means to strengthen bilateral relations and expand the scope of their cooperation.

The invitation extended to the Crown Prince was seen as an attempt by France to get closer to Saudi Arabia and consequently not to miss the huge economic and investment opportunities offered by the Gulf Kingdom.

“Talks will cover the entire gamut of political, economic and military fields, in addition to the major developments in the region, especially the Yemeni and Iraqi situations,” Fabius said

Saudi-French relations have been steadily progressing and the two countries which have identical views about a lot of common issues are working together to boost security, stability and peace in the world, especially in the region.

Paris has brought its support to Saudi Arabia in its response to the Yemeni crisis. Paris is endorsing the Saudi-led military coalition pounding Houthi rebels in Yemen and also supporting its efforts to combat terrorism in the region.

Hollande visited Riyadh in May and appeared at a summit of the six-nation Gulf Cooperation Council, making him the first Western leader to attend.

North Africa Post's news desk is composed of journalists and editors, who are constantly working to provide new and accurate stories to NAP readers.
NEWER POSTPalestine to Sue Israel at ICC for “War Crimes”
OLDER POSTLibya: The rival governments warn E.U of maneuvering off Libyan shores