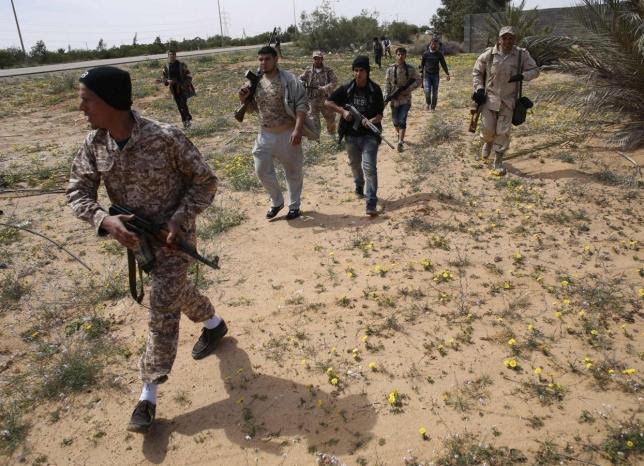 Libya: Tripoli bombs IS in Sirte 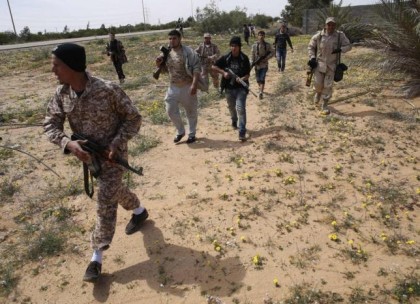 The Tripoli-based government has targeted militants of the Islamic State group in Sirte in airstrikes and eyewitnesses have stated that the militants were hit.

Defense ministry spokesman Mohamed Abdulkafi confirmed the attack and explained that “warplanes of the air force of the National Salvation government conducted air strikes last night on an internal security building in Sirte” and added that “no figures of casualties from the strikes have been reported so far.” Officials of the Tripoli-based government refer to themselves as the National Salvation government.

Last month, ISIS forced militants loyal to the Tripoli based government out of Sirte and declared war on it.  The extremist group accuses the coalition of the Islamist groups that formed the government of being untrue to the teachings of Islam.

After the late Sunday night attack, an eyewitness said “many wounded Islamic State militants were taken to the local hospital.” The militants were in a former headquarters of former ruler Muammar Gaddafi’s security forces in Sirte when they were struck.

Since the fall of the Gaddafi regime, hopes for a political transition were short-lived as rival militias turned their guns against each other before the Islamists forced the government to flee to Tobruk and later on established their own government and parliament.

Chaos in Libya contributed to the rise of groups that pledged allegiance to the Islamic State and they have since been gaining ground in Libya especially in cities like Sirte and Derna to the east. Their latest attack according to a military source was a car bomb explosion near the Libyan army frontlines just west of Benghazi city. At least four soldiers were killed and 20 more were wounded.

The U.N is trying to find a peaceful solution to end the crises between the two rival governments.