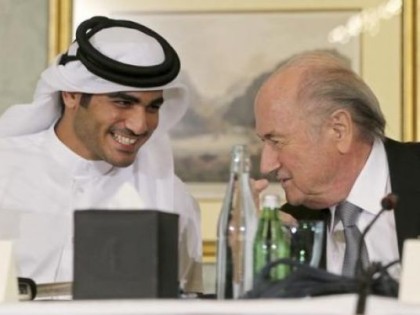 The Arab League on Sunday threw its “full support” behind Gas rich Qatar amid what it calls a hateful campaign against the first Gulf State to have been chosen to host the major global sport event, the World cup 2022.

The organization made a strong statement slamming the critics and accusation of alleged corruption conducted by the Qataris to win hosting the event.

The Arab League endorses the resolution issued by the Organization of Islamic Cooperation (OIC) and the Gulf Cooperation Council (GCC) condemning the hateful campaign that attempts to question Qatar’s right to host the 2022 World Cup, the League said.

The Arab League’s iron-clad support follows that of the OIC which panned on Thursday what it called “biased Western media campaigns against the State of Qatar”.

The criticism and accusations of corruption by Qataris mounted recently after a corruption and bribery scandal rocked the world football governing body, FIFA.

US prosecutors accused FIFA officials of taking part in a major kickbacks scheme involving a total of $150 million in bribes.

Also, Swiss judicial authorities have launched an investigation into the awarding of the 2018 and 2022 tournaments to Russia and Qatar.

Early this month, the Head of FIFA’s auditing and compliance committee Domenico Scala, told reporters that Qatar may lose the award if any accusation is proved true.

“If evidence exists that Qatar and Russia received the (World Cup) awards only thanks to bribes, then the awards could be annulled,”

Qatar has denied any wrong doing.