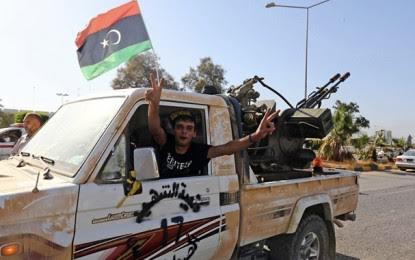 Tunisia: Fajr Libya leader to be extradited, an exchange possible

The Indictments Division of the Tunis Court of Appeal has decided to extradite Walid Kalib, a Libyan national and an important figure in Fajr Libya, citing an agreement with the Tripoli based government but many believe that it is geared towards freeing the abducted staff of the Tunisian embassy last week.

Kalib was arrested last month at a Tunisian airport and charged with terrorism but Karim Chebbi, spokesman for the Tunis Court of Appeal, said the decision to extradite him “was made after examination of the Libyan authorities’ extradition request, in compliance with an agreement concluded between Tunisia and Libya on the extradition of criminals.” He was quick to add that there are “other measures” that should be taken into account before an extradition could be made because “the decision is still a legal procedure.”

Ten employees of the Tunisian embassy were kidnapped by an armed group last week and only three have been freed. The Tunisian media have reported that the remaining staff will be freed in exchange for Kalib’s liberty. The government has been economical with information and the spokesperson for the Tunisian Foreign Ministry, Mokhtar al-Shawashi, declined to “give details” but hinted that “there is a possibility of a breakthrough in the situation at any moment.”

Foreign Minister Taieb Baccouche said the extradition came after the Tripoli-based government “presented a request for the handover of the prisoner Walid Kalib under a judicial agreement between the two countries.” The request received “an initial approval.”

His extradition is viewed as his freedom since he is a leader in the Fajr Libya coalition.

The Tunisian embassy is located in Tripoli and Tunisia is one of the very few countries that have not closed or relocated their diplomatic missions.

North Africa Post's news desk is composed of journalists and editors, who are constantly working to provide new and accurate stories to NAP readers.
NEWER POSTMENA Most Violent Region in the World (Institute for Economics & Peace)
OLDER POSTEgypt gets €50m AfDB loan to develop agriculture