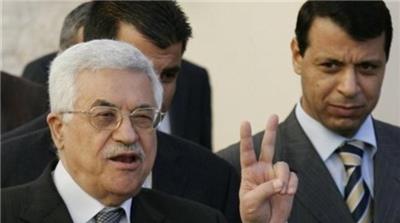 Palestinian unity government Prime Minister Rami Hamdallah handed the resignation of his cabinet on Wednesday to President Abbas who ordered him right way to form a new government. Hamas rejected the decision.

Citing reasons of divisions and the reluctance of Hamas to relinquish power in Gaza, Prime Minister Rami Hamdallah’s government threw in the towel.

The unity government, formed on June 2, 2014, was made of technocrats who were tasked with improving the lives of Palestinians and unifying all Palestinians from the West Bank and Gaza. However, the unity has found it hard to implement its policies in Gaza, where Hamas still holds strong power and influence. Elections planned to take place last year, six months after the inauguration of the unity cabinet, have never been materialized. Hamas continued collecting taxes.

Warnings of resignation of the unity government were already shouted on Tuesday by Amin Maqbul, secretary general of Fatah Revolutionary Council.

“The cabinet is going to resign in the next 24 hours because of its weakness and because there is no way Hamas allows it to operate in the Gaza strip,” Maqbul said.

However, sources close from Hamas and Fatah say that the Palestinian President, Mahamoud Abbas was infuriated when he heard Hamas was having indirect and secret talks with Israel and that this is what motivated the cabinet resignation.

Hamas leaders in Gaza have rejected Abbas’ decision to dissolve the consensus cabinet.

Hamas officials confirmed the exchange of indirect verbal messages between Hamas and Israel through European Union, Turkish, and Qatari mediators.

Hamas is negotiating with Israel on a possible extendable ceasefire, condition under which Israel would allow the construction of a floating sea port linking the Gaza Strip with the rest of the world.

A separate report revealed that Mousa Abu Marzouk, Hamas’ deputy leader, and other Hamas officials arrived in Qatar on Tuesday to discuss the truce plan.

“There are a number of European officials who have put forward a verbal initiative for a potential long-term truce in the Gaza Strip that extends the ceasefire from three to five years,” Salah Bardawil, a senior Hamas leader and legislator, said.

Sources say that the next cabinet to be formed would likely be more political than technocrat, a way of forming a more colorful cabinet that takes into consideration all political factions so as to confront Israel.