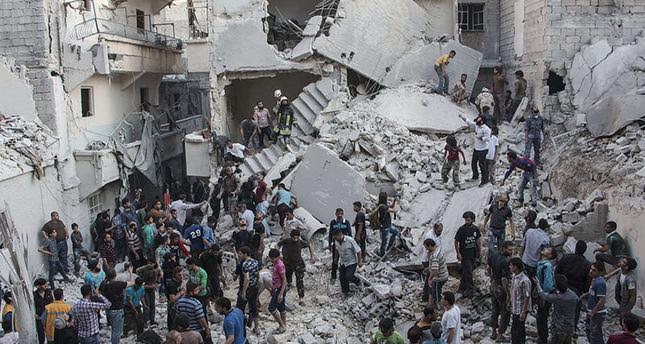 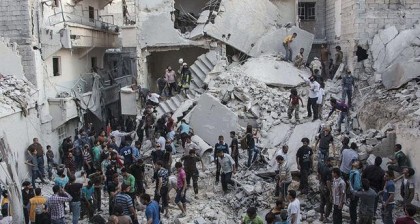 During his visit, he met with President Assad, Foreign Minister Walid al-Mouallem, more than 30 political parties, religious figures and civil society organizations. Discussions during the various meetings were centered on ways of operationalizing the Geneva Communiqué of 30 June 2012.

The Assad regime has been criticized for using barrel bombs to target rebels and Staffan de Mistura said the practice is “unacceptable” because civilians are also among those killed by such bombings. He said it is an obligation under international humanitarian law for any government, “in all circumstances,” to protect its civilians.

The rebels are also guilty of such actions with the attacks in Aleppo which caused significant civilian casualties and the mortar shelling of central Damascus on Tuesday. The U.N Special Envoy condemned these actions as he called for relief aid to be facilitated especially during the holy month of Ramadan beginning this Thursday.

A UN spokesperson said the government’s bombing of Douma on Tuesday night killing many civilians must be strongly condemned because “no context justifies the indiscriminate targeting of civilian areas or the use of collective punishment by a Government.”

Meanwhile, Israel could soon be dragged into the Syrian war as fighting in the Golan Heights intensifies and explosions could be seen from the Israel-controlled Golan Heights several kilometers away.

Rebel groups known as the Southern Front Alliance and the Haramoun Army have targeted several towns in the Syrian area and just before noon, warning sirens sounded in the Israeli-occupied Golan, near the Quneitra border crossing where fighting has been tense.