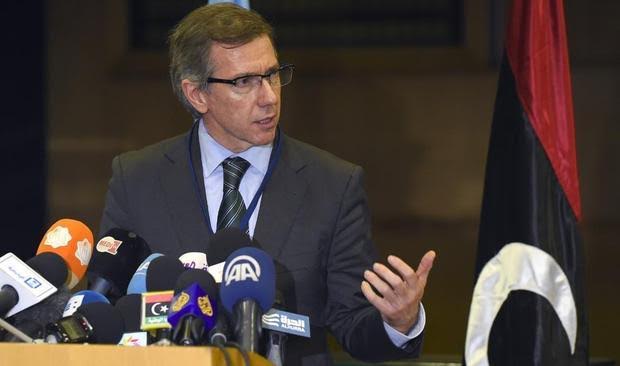 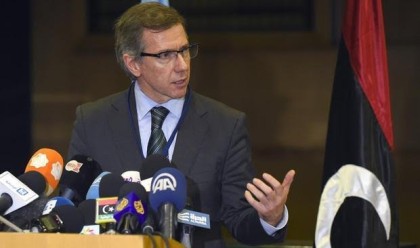 Tripoli reacted to the latest draft for a transitional unity government as having “positive proposals that could lead to a political solution” although “modifications” should be made in certain aspects before it could be signed.

Reactions from Tobruk were different as it stated its “displeasure” with the draft and former Prime Minister Mahmoud Jibril said “we will express ourselves after carefully examining the proposition.” Some changes have already been proposed.

Under the proposed deal, both sides would commit to integrating their militias into a reformed military under direct control of a unity government.

Leon wanted the rival governments in Libya to agree on a unity government before the holy month of Ramadan but proposing a draft likely to be supported by both governments proved to be a challenge after several rounds of mediation and negotiations.

Fighting in Libya has been going on for almost four years and the Central Bank has warned that it could soon be struggling to pay the salaries of civil servants. The country has turned into a major hub for human smugglers as migrants leave the coast of the North African country on a daily basis for Europe.

With the two rival governments struggling to overcome each other, the increasing presence of extremist groups with some pledging allegiance to the Islamic State could make the country a fertile ground for extremism as lawlessness continues.