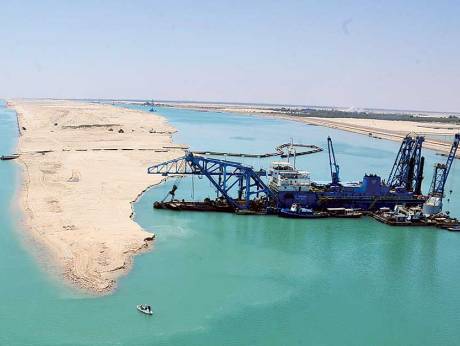 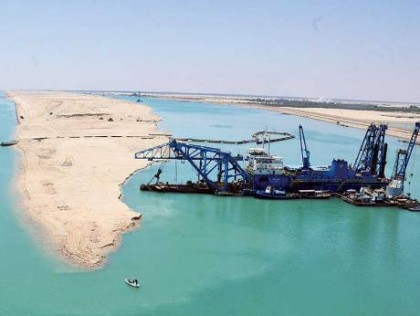 The second route to the Suez Canal, a gigantic project announced shortly after the coming to power of President Abdel Fattah el-Sisi, will be inaugurated in Egypt on August 6, President el-Sisi said in a televised address.

“The dry digging in the new canal has been 100% completed,” Sisi said, adding that 65% of dredge works had been finished.

Work has been 85 percent completed, with 43 dredging machines working round the clock to finish their excavation by July 15, canal authority Chief Mohab Mameesh said. Electronic navigation systems have been installed and pilots are training on simulators equipped with maps of the new canal.

Egypt announced the $8 billion project to build the new Suez Canal and modernize the old waterway in August 2014.

The objective of this new Canal, whose cost is estimated at over $ 4 billion, is to double the daily transport capacity. The government aims to more than double annual canal revenues to some $13 billion in less than a decade, although that ambitious goal depends largely on rapid growth in world trade. The canal drew in $5.5 billion in revenues last year, it’s most lucrative since it was first opened in 1869.

In a presentation, canal authorities gave few details about the inauguration ceremony, except that el-Sissi would be in attendance along with world leaders and some 200 celebrities to observe traffic flowing simultaneously north and south through the canal.

The 190 km-long Suez Canal, which carries about 10% of global seaborne trade, is a vital source of revenue for Egypt.

North Africa Post's news desk is composed of journalists and editors, who are constantly working to provide new and accurate stories to NAP readers.
NEWER POSTEgypt: Court verdict could lead to unwanted circumstances, UN
OLDER POSTSaudi Arabia Opens up Its Stock Market, but There is No Queuing