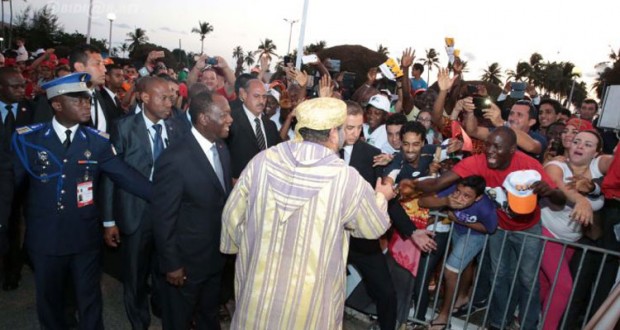 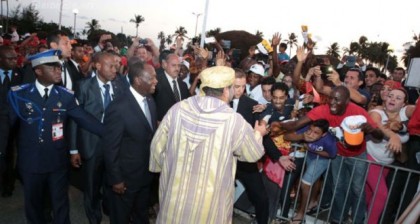 Can Africa rely on its own resources and capacities to hit its development targets? Until the few past years, nobody believed that Africans can really do it except Morocco which has always said it is doable.

It seems that the North African nation loves to take up challenges. This Muslim, Arab & African country (US major ally in the region), strongly believes that it is just a matter of will and that the continent will ultimately rise up from ashes to embrace its destiny.

If some Asian and European countries have successfully made the transition –restarting from scratch after World War II to become nowadays among the most powerful economies in the world–, why not Africa ?

The Continent has conspicuously all necessary resources to reach its goals and unleash all its potentials. It just needs to be upbeat, believe in itself, in its capacities and rally all enablers around this African collective project.

It is an achievable undertaking which started taking shape thanks to the joint projects launched by Morocco across Africa and particularly in West and Central Africa.

Since his enthronement in July 1999, King Mohammed VI showed growing interest in the continent, providing assistance to disaster-stricken African countries and championing African causes at the United Nations and various other international fora.

According to some experts, the numerous visits the Moroccan sovereign paid to Africa are not just shuttle diplomacy seeking to spur buzz but they are really changing the face of Africa with the joint development projects launched.

These joint projects are giving a new momentum to inter-African cooperation. They are also rekindling hope in African people as seen during the latest African tour that led King Mohammed VI to Senegal, Guinea-Bissau, Ivory Coast and Gabon.

In each of the African stops, important partnership agreements were signed. The majority of these agreements seek to boost cooperation between Morocco and the four countries in the fields of agriculture, fisheries, vocational training, health, water, solar energy, electricity…

These agreements, which build on previous Moroccan-African success stories, are changing the life of Africans through building roads, bringing electricity and supplying drinking water to remote villages, providing anti-AIDS drugs to needy populations. These accords and projects show Morocco’s commitment to support Africa, as tested during Ebola’s outbreak, natural disasters and political turmoil.

The growing influence of the North African Kingdom in the continent has pushed the super-powers such as the United States, the United Kingdom, France….to support Morocco’s endeavor in Africa, as the country turns into a regional key player in world peace and security.

Banking on its proximity to Africans and better understanding of African culture, traditions and aspirations, Morocco has managed to build a “win-win” partnership, thriving from the bottom to the top, setting out an inspiring example of South-South cooperation, a business plan for African development.

North Africa Post's news desk is composed of journalists and editors, who are constantly working to provide new and accurate stories to NAP readers.
NEWER POSTTurkey: A government will be formed or elections will be called, Erdogan
OLDER POSTFrench Court Rules in favour of Moroccan King’s Private Secretary