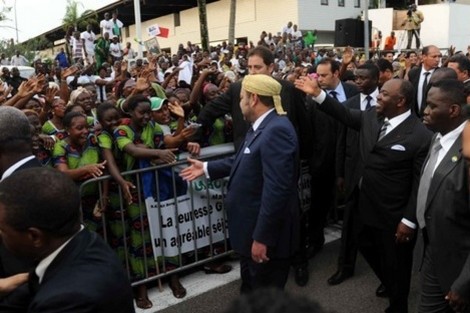 Morocco Teams up with Gabon to Enhance Human Development, a Priority for Both Countries 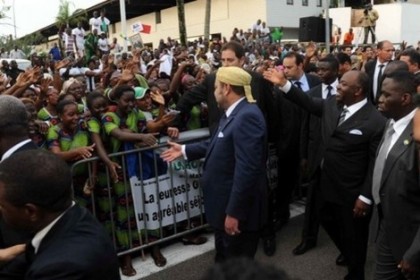 The agenda of the current friendship and working visit of King Mohammed VI of Morocco to Gabon, his sixth since President Ali Bongo Ondimba came to power six years ago, features several activities testifying all, if need be, to the longstanding alliance and the ever growing political and economic relations binding the two countries.

Part of the scheduled activities, King Mohammed VI and President Ali Bongo will preside over the presentation of the results of the human development programs initiated by the two countries, namely the Moroccan National Initiative for Human Development (INDH) launched in 2005 and the Gabonese Human Investment Strategy (SIHG) that is still in an early stage.

King Mohammed VI has repeatedly argued that sustainable development in Africa is not achievable without the promotion of human development, a prime engine for progress in the continent. He has thus launched ten years ago the INDH in an effort to improve the living conditions of nearly 10 million Moroccans affected by precariousness, poverty and social exclusion. Nearly $6 billion have been invested in more than 700 anti-poverty measures and projects, including the realization of basic infrastructure projects, training and capacity building, social and cultural animation, sports actions as well as the promotion of income and jobs generating activities. All the projects focused on core values namely, human dignity, self-esteem, the trust of Moroccans in the future of their country, and the contribution of the concerned populations in the projects meeting their needs.

Due to the originality of the INDH, its new philosophy and new management approach, several African countries, including Gabon, have shown an interest in learning from the Moroccan experience and the UN described the initiative as a model for other African countries seeking to achieve the Millennium Development Goals (MDGs.)

In this vein, Morocco and Gabon signed in December last year a framework agreement formally institutionalizing the exchange of experience between the INDH and the Human Investment strategy in Gabon (SIHG) and set up last April a joint steering committee, entrusted with monitoring the implementation of the agreement. The committee is also tasked with boosting cooperation in human development and sharing expertize and good practices in matters of income-generating activities, struggle against precariousness, promotion of community-based health care, and other moves improving the well-being of citizens.

In the context of this very cooperation, King Mohammed VI and President Bongo will preside over the launch of the construction works of a vocational training center at Angondjé meant to upgrade capacity building in the trades of transport and logistics. The center will be supported by the Mohammed VI Foundation for Sustainable Development and the Moroccan Office for Professional Training and Labor Promotion (OFPPT.)

Gabonese officials seek to rely on the INDH experience to improve the institutional framework of SIHG, rationalize the choice of the targeted populations, both in urban and rural areas, promote governance and involvement of the local populations, upgrade income-generating activities, fight insecurity and marginalization, especially of the elderly and the disabled, struggle against school dropping out and promote vocational training.

The visit of King Mohammed VI to Gabon, the fourth and last leg of a tour that took the Moroccan sovereign to Senegal, Guinea Bissau and Côte d’Ivoire, will be marked by the signing of several bilateral agreements and the launch of several Moroccan-Gabonese economic projects.