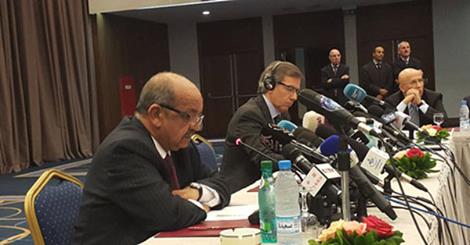 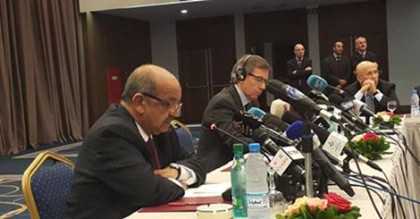 The UN is determined to take the bull by the horns to ensure that Libyans reach a peace agreement that will help save the country from its current situation of ‘’failed’’ state.

UN diplomats in New York on Thursday started working on a draft to sanction two Libyans who are considered black sheep in the political settlement of the crisis in Libya.

The text drafted by Spain, France, the UK and the United States and circulated in the UN Security corridors provides for travel bans and assets freezes.

The two Libyans who have been deemed spoilers are Abdulrahman Swehli, a former GNC member for Misrata, who now sits in the rump of the old parliament in Tripoli and Othman Milaiqtah, the commander of the Qaaqaa Brigade, which is nominally allied with the government through its links with Zintan.

The draft aims at sending a clear signal that spoilers will not be tolerated and also at persuading more Libyan moderates to join the talks in Morocco.

Proposal of the sanctions has been underway since last August with all members of the UN Security Council determined to push forward for an accord between Libyan rivals and take actions against individuals or organisations that appear to be spoiling Libya’s stability and democratic process.

A provisional blacklist had been apparently drawn up.

The UN and Western powers have been ushering peace talks between Libyan rivals to end the longstanding crisis that erupted in the North African country after the ouster of former leader Mohammar Gaddafi in 2011 in an uprising backed by NATO member-states.

Libya is now ruled by two different governments and two different parliaments. The internationally recognised government retreated in Tobkruk after it was driven out of the capital Tripoli that is now in the hands of the GNC.

North Africa Post's news desk is composed of journalists and editors, who are constantly working to provide new and accurate stories to NAP readers.
NEWER POSTEgypt, Algeria and Italy discuss Libya; time is of essence
OLDER POSTQatar Turns to Tunisia As International Criticism Heats Up