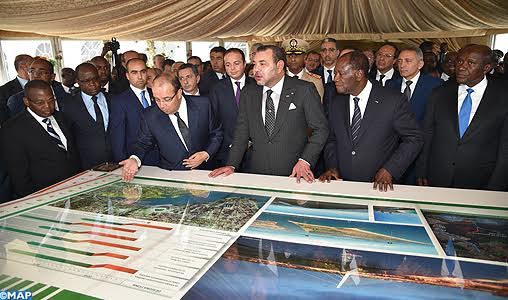 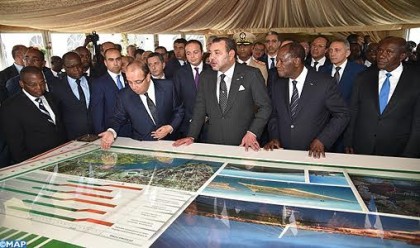 Morocco’s solidarity with Africa is not hot air but a tangible reality. A reality that is taking shape and becoming more and more evident as King Mohammed VI has spearheaded over the past few days landmark projects in Senegal, Guinea-Bissau and Ivory Coast during his current African tour.

The development projects and agreements sealed by Morocco with these African countries meet urgent needs in priority sectors for African people such as agriculture, health, water, fishing, and vocational training…

But one of the projects has created more regional and international buzz than others. It is the rehabilitation of the Bay of Cocody in Côte d’Ivoire.

Entrusted with the challenging task of repairing the damage caused to Cocody Bay and turning it into an attractive and inspiring site for the local population, Moroccan company “Marchica Med” has worked out a master plan for the safeguard and development of the Cocody Bay.

The master plan was presented on Wednesday to King Mohammed VI and President Alassane Ouattara at an official ceremony that was attended by several officials from the two countries.

This ambitious project, developed in close collaboration with the Ivoirians, aims primarily to solve the problem of widespread pollution in the bay and its watershed.

Financed by the Moroccan bank Attijariwafa Bank and its Ivoirian subsidiary, this 100 billion CFA francs undertaking is the best example and illustration of the partnership being built by the two African countries sharing the same vision for Africa and teaming up to become the powerhouse of the continent.

During his stay in Ivory Coast, the Moroccan King launched the building works of a center that will provide vocational training for Ivoirians in construction, public works, tourism, hotel industry and catering.

He also launched the construction works of a fish unloading site in Grand Lahou (150 km West of Abidjan) and donated 2 tons of anti-AIDS drugs to Côte d’Ivoire.

The recently set up Moroccan-Ivorian Economic Impetus Group, a structure dedicated to the promotion of bilateral economic partnership, has agreed on 22 projects meant to enhance further and speed up trade exchanges and give a new impetus to development and partnership in various strategic sectors.

These partnership agreements and eagerness of all players & parties involved, combined with the new dynamic spurred by the Moroccan king in African relations are all raising high hopes that Africa has finally taken over its own destiny.