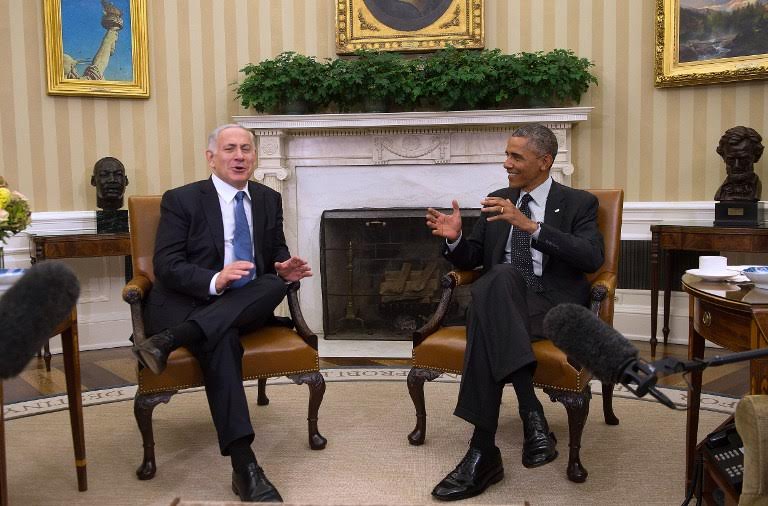 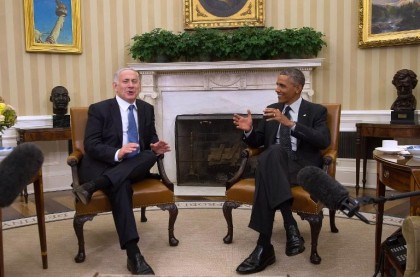 Israel’s channel 2 broadcasted an interview with president Obama on Tuesday and one of the major topics discussed was the Israeli-Palestinian conflict. Obama stated that Netanyahu’s “so many conditions” for a two-state solution are almost surrealistic and is making it more difficult for Washington to defend it in the international arena.

Prime Minister Netanyahu’s statements on a two-state solution do change once in a while but the formation of a recent right wing government makes it seems like a deal with Palestine is still far. Obama thinks that “it is difficult to simply accept at face value the statement made after an election that would appear to look as if this is simply an effort to return to the previous status quo in which we talk about peace in the abstract, but it’s always tomorrow, it’s always later.”

Netanyahu recently called for the resumption of talks but Obama suggested that Israel’s conditions should change because there had been “so many caveats, so many conditions, that it is not realistic to think that those conditions would be met any time in the near future.”

Before the march general elections, Netanyahu ruled out the establishment of a Palestinian state before making a U-turn afterwards but Obama stated that “the danger here is that Israel as a whole loses credibility” because “already, the international community does not believe that Israel is serious about a two-state solution.” This week, Netanyahu told the parliament that there is an international diplomatic smear campaign against Israel.

U.S is Israel’s major global ally and Obama confirmed that they have been deterring European efforts but “if nobody believes there’s a peace process, then it becomes more difficult to argue with those” concerned about what is taking place in the occupied territories.

North Africa Post's news desk is composed of journalists and editors, who are constantly working to provide new and accurate stories to NAP readers.
NEWER POSTLibya: EU should only work with Tobruk for UN resolution, Dabbashi
OLDER POSTLibya: Saif al-Islam and 36 officials await verdict on 28 June