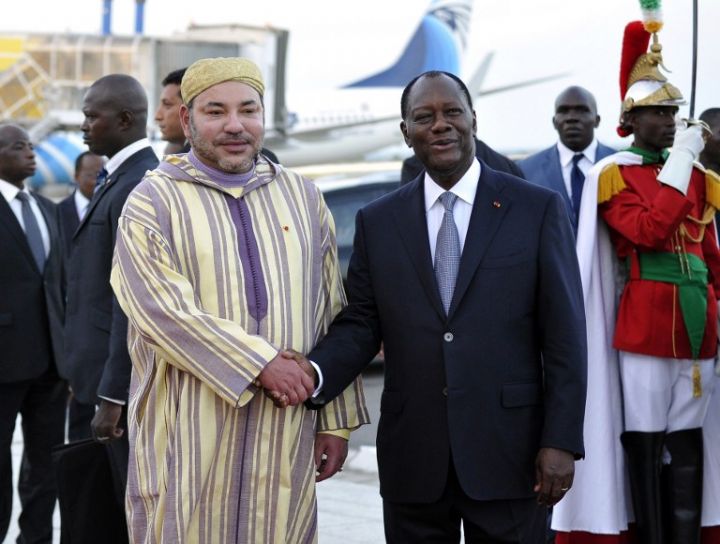 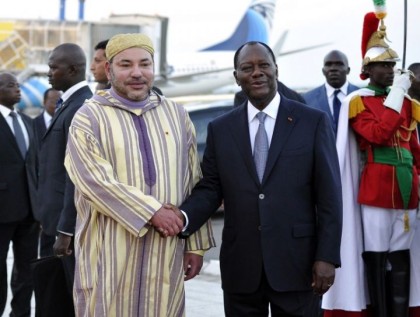 King Mohammed VI who is currently on a friendship and work visit to Côte d’Ivoire and President Alassane Ouattara are scheduled to have summit talks this Monday in Abidjan before the two leaders chair over the signing ceremony of several cooperation agreements meant to give a new impetus to the economic relations between the two countries.

The two African States which are bound by an enduring political alliance continue to endeavor to boost further economic and trade relations which recorded a noteworthy increase in both value and volume over the 2009-2014 period. Morocco’s exports to Côte d’Ivoire over these past five years increased by 300%, according to 2014 figures.

Being aware of the key role that the private sector can play in promoting bilateral relations and being eager to export the Moroccan business experience as a new driver of growth and development in the continent, the King has been keen on associating businessmen and economic operators in the projects funded or supported by Morocco in a number of African countries, and has repeatedly urged them to contribute to the economic take-off of sub-Saharan African countries.

The leading Moroccan banking and financial institution Attijariwafabank Bank, with a capital of $ 250 million, started operating in Africa and established a branch in Côte d’Ivoire as early as 2010. This branch helped boost through its financing support Ivorian SMEs and SMIs, sectors which contribute greatly to job generating.

A Moroccan cement company, CIMAF, has established a factory in the African country that started its activities in July 2013. The plant is thus contributing to Ivorian policy in matters of urbanization, infrastructures rehabilitation and housing, mainly social housing.

Just one year after its launch, the factory increased its yearly output from 500,000 à 1 million tons.

The Moroccan real estate group Addoha is also participating in a social housing project providing for the construction of 9000 low-cost lodgings.

Cooperation between Morocco and Ivory Coast illustrates the deeply rooted excellent relations binding the two States and mirrors at the same time an exemplary model of South-South cooperation.

The Moroccan King’s current visit will undoubtedly provide opportunity to explore the existing huge untapped cooperation potential and give a new impulse to the two States’ forward-looking partnership.