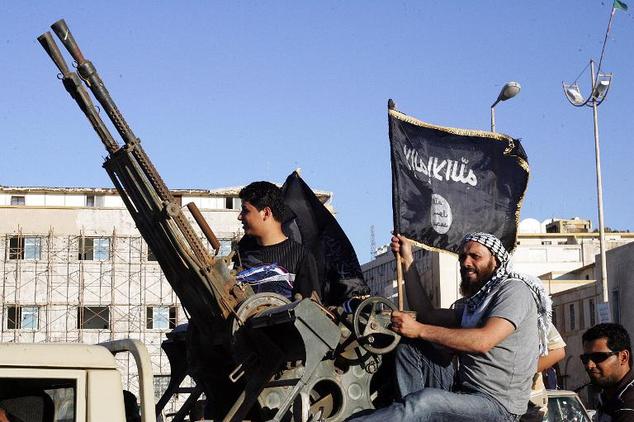 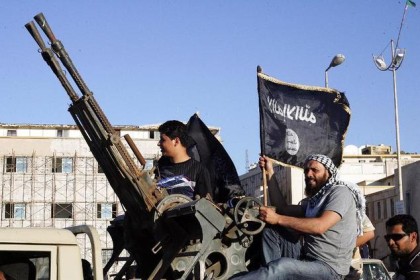 The militants of the Islamic state in Libya referred to as the “takfiri” militant group has declared war on the Tripoli-based government shortly after carrying out a suicide bomb attack in Misrata. Tripoli has responded to the announcement by calling for all security forces and armed men to mobilize and fight against the group while also appealing for international support.

Tripoli is being run by the Libya Dawn, a coalition of Islamist groups, but the takfiri militant group is claiming that they are not Islamic enough. A message posted on the group’s twitter account read that “the apostates of Fajr Libya… must know that a war is coming to cleanse the land of their filth unless they repent and go back to their true religion.”

The warnings were not taking lightly. Tripoli released a statement emphasizing that the takfiri militant group poses a “big threat” to Libya’s security and urged “officers, soldiers… and all security forces and revolutionaries to mobilize” against it. The government’s determination “to continue fighting extremism and criminal gangs who operate under what is known as Daesh until they are uprooted” was also renewed.

Civilians have already began to flee ahead of the clashes given that the warning came after a suicide bomber blew himself up near a checkpoint at an entrance of Dafniya, an area between the town of Zliten and the city Misrata. Five people were killed and Daesh claimed responsibility and identified the suicide bomber as a Tunisian named Abu Wahib A Tunsi.

If Tripoli is preparing for its war with the group, the Tobruk-based government is concerned about the increasing territorial gains of the extremist group and has warned that Daesh plans to takeover “oilfields to fund its operations” to continue expanding.