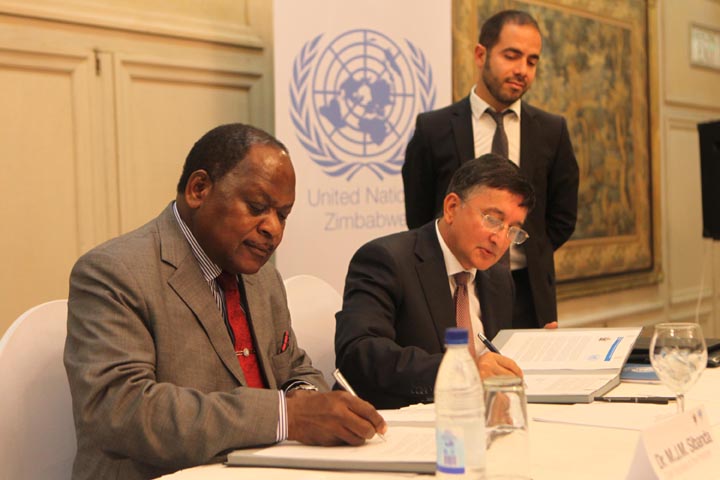 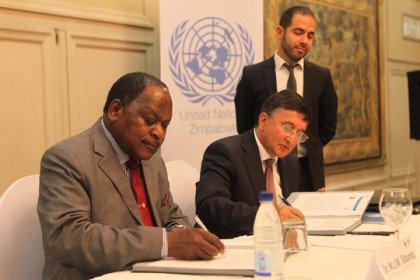 Bishow Palajuli, the UN’s resident coordinator in Zimbabwe said the global agency had raised $1.64 billion for its Zimbabwe United Nations Development Assistance Framework (ZUNDAF) which started in 2012 and ends this year and was now seeking to do the same for the next four year period.

The UN has played a central role in raising funds for Zimbabwe since the suspension in 2002 by Western countries of their direct budget support in protest against political violence and violations of human rights they accused the regime of  the  current  A.U chairman,  President Robert Mugabe.

In early May, the Zimbabwean government asked for the first time in a decade the help of Western countries at a meeting with representatives of donor agencies and European and American diplomats.

The International Monetary Fund has predicted weaker growth in Zimbabwe after a drought hit farm output, while several companies are closing due to the lack of credit, power shortages and competition from cheaper imports.

This year, the country will import 700,000 tons of staple maize following the drought and officials from foreign relief agencies say up to 1.8 million people. The IMF forecasts a slowdown in growth of the Zimbabwean economy in 2015, notably due to the dry spell that hit the country, shortages of electricity and the severe liquidity crisis in which banks suffer.