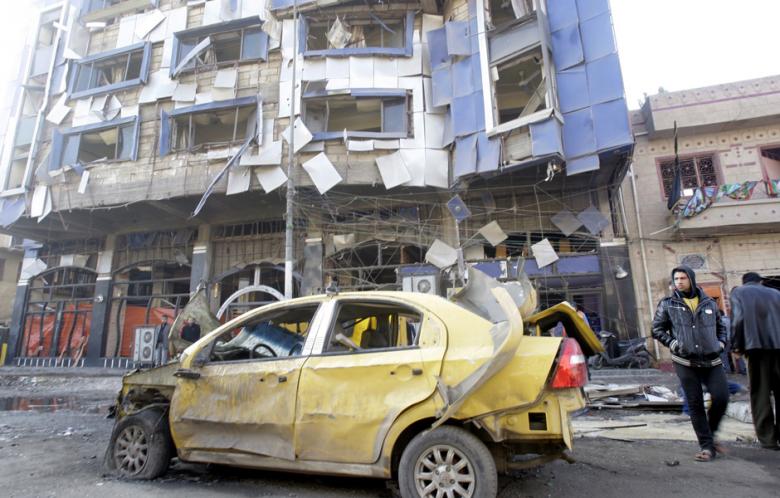 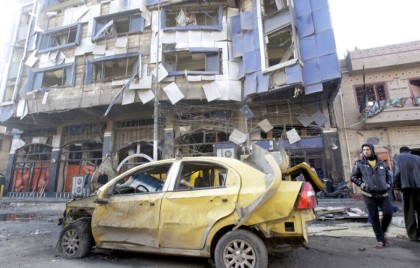 It seems that the cycle of violence will never end in Iraq as two car bombs blew up Thursday in central Baghdad, near two luxury hotels. The coordinated terror attacks claimed the lives of at least 15 people.

The explosions happened just before midnight. The first bomb hit the Babylon Hotel, near the Tigris River, while the second struck the Ishtar, formerly the Sheraton Hotel.

According to press reports, at least 42 people were injured in the blasts, while a third car bomb, found in the Babylon Hotel car park, was defused by the Iraqi bomb disposal squad.

Although, no terror group has so far claimed responsibility for the twin attacks, Iraqi officials blame ISIS for the explosions that damaged the recently renovated hotels and destroyed several cars.

These new attacks, which targeted wedding celebrations held in the heavily secured hotels in Baghdad, challenged the Iraqi security services and showed the militants capacity to strike whenever and wherever they want.

The attacks come as Iraqi government and forces are struggling to retake the City of Ramadi, provincial capital of Anbar province, captured by militants of the Islamic State.

Last week, US Defense Secretary Ashton Carter criticized Iraqi forces, saying they “showed no will to fight” the jihadists, prompting a firestorm in Washington and Baghdad, while the Sunni tribes still complain that the Shiite-dominated government is dragging its heels on helping them.

Washington is aware that the Islamic State draws its support from the local population and particularly from the disgruntled Sunnis who feel persecuted by the Shiites.

The U.S. military strategy in Iraq is built on airstrikes to weaken the Islamic State forces while rebuilding Iraqi security forces to enable them regain the vast swaths of territory in the north and west that were lost over the past 18 months. The current focus is on retaking Ramadi and other parts of predominantly Sunni Anbar province.

The Obama administration insists it will assist the Sunnis only through the Shiite-dominated central government in Baghdad because it wants to foster a multi-sectarian government, rather than directly arm and organize the ethnic tribes for combat.

But things might change after the fall of Mosul and Ramadi to Isis due to the poor performance of Iraqi army suspected to have intentionally caved in.

North Africa Post's news desk is composed of journalists and editors, who are constantly working to provide new and accurate stories to NAP readers.
NEWER POSTUN plans to raise $1.6 billion for Zimbabwe by 2020
OLDER POSTMorocco’s King in Guinea-Bissau to Shore Up African Partnership