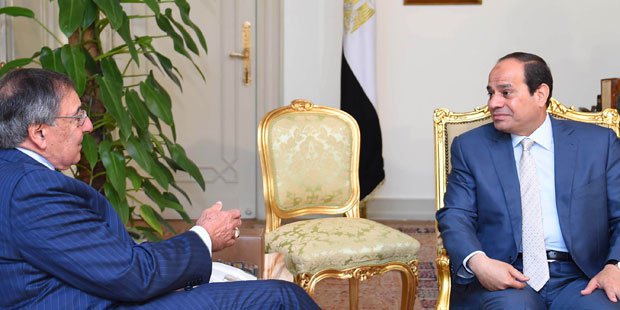 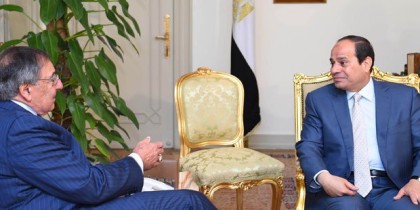 A statement released by the Egyptian presidency said Panetta is convinced that the joint Arab force being discussed by members of the Arab League for almost three months now would have a “great effect” to maintain regional security and stability.

Several countries in the region are challenged by terrorism and extremism and Egypt is not an exception especially in its Sinai Peninsula.

Panetta said that the U.S is concerned about the “deteriorating” security situation and “instability” in the Middle East and North Africa because it poses a “threat” to American national security.

The Egyptian president called for joining efforts against terrorism which is spreading into Africa and some parts of Asia.

Boko Haram in Nigeria has portrayed itself as one of its spreaders.

Ansar Beit Al-Maqdis, an extremist militant group based in the Sinai Peninsula, is part of the groups having pledged allegiance to the Islamic State in 2014, and has continued to wage attacks on security forces in the area.

Panetta said Washington will continue to support Cairo’s efforts against terrorism as ties between the two countries have started to improve over the past few months.

Ahead of a united Arab force, Egypt is part of the countries participating in the Saudi-led coalition force intervening in Yemen. The force is also tasked with securing Bab El-Mandab Strait on the Red Sea, a strategic point on the international trade route from the Arab Gulf to the Mediterranean Sea, via Egypt’s Suez Canal.