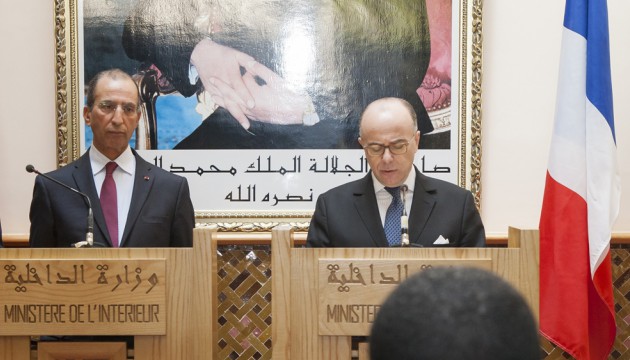 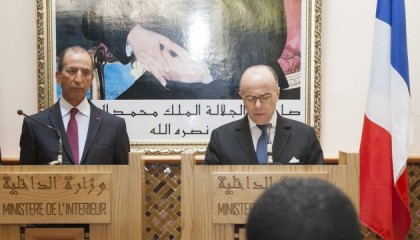 France and Morocco have reaffirmed Thursday their unwavering willingness to continue enhancing cooperation between their security services, particularly in the fight against terrorism and organized crime.

At a meeting held in Paris between French interior minister Bernard Cazeneuve and his Moroccan peer Mohamed Hassad, on the sidelines of the 12th French-Moroccan high level meeting, the two sides also tackled the issue of illegal immigration and stressed the need of an inclusive and global approach to counter the increasing waves of migrants in the Mediterranean Sea.

The two ministers voiced the staunch commitment of their departments to foster further their cooperation ties in line with the strong political will expressed by the two countries leaders to give a new impetus to Moroccan-French relations, built on a longstanding and mature “win-win” partnership.

Paris is hosting the 12th French-Moroccan high level meeting destined to bolster the strategic cooperation set out by the two countries. France is still Morocco’s major trade partner in the European continent, while the North African nation is France’s key ally and client in the region that was rocked by the Arab Spring uprising.

Co-chaired by head of the Moroccan Government Abdelilah Benkirane and his French peer Manuel Valls, the French-Moroccan high level meeting has been crowned with the signing of several cooperation agreements between the two countries employers’ federations.

These agreements seek to facilitate exchange of business information and experiences to increase investment, encourage French and Moroccan enterprises to set up joint ventures, coordinate actions and marketing strategies in foreign markets.

North Africa Post's news desk is composed of journalists and editors, who are constantly working to provide new and accurate stories to NAP readers.
NEWER POSTLibya: New peace draft ready as economy and finance near collapse, Leon
OLDER POSTEU denies any plans to build a drone base in Morocco or other Maghreb States