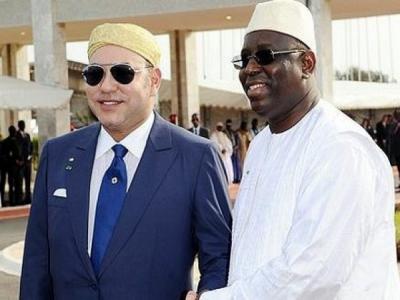 Moroccan-Senegalese cooperation is gaining momentum in all fields as shown by the impressive number of agreements sealed by the two countries during the visit King Mohammed VI paid this week to Senegal.

A total of thirteen landmark cooperation agreements were signed under the watch of President Macky Sall and the Moroccan monarch, both eager to build up a model of South-South partnership and unlock the full potential of the two countries relations.

Each of the signed agreements was well-prepared behind the scene for months by the Moroccan and Senegalese specialized committees and experts to expand cooperation ties in a particular field of common interest.

They also aim to take bilateral relations to a higher level in the fields of finance, banking, investments, solar energy and education (scholarship for students and executives.)

The two countries have also set up a joint body tasked with the goal of bolstering economic partnership relations, encouraging contacts between the two countries’ private sectors and following up the implementation of private-private and public-private accords.

Dubbed “the Moroccan-Senegalese economic impetus group”, this body, to convene twice a year, is placed under the chairmanship of the two countries’ foreign ministers and the heads of employers’ associations.

One of the best illustrations of the thriving Moroccan-Senegalese cooperation is the inauguration by the two countries’ Heads of State of the electricity connection of two Senegalese villages to the national power grid, a project carried out by a Moroccan company.

The two African leaders also laid the foundation stone of a fishing pier in Soumbédioune in Dakar. The modern fully equipped dock for artisanal fishermen is worth € 2 million and is totally funded by Morocco.

And as a token of solidarity with the Senegalese people, Moroccan King donated ten tons of medicines and medical equipment to the Fann University Hospital Center in Dakar, a contribution that will improve the health condition of Senegalese patients.

King Mohammed VI arrived last Wednesday in Dakar on a working and friendship visit to Senegal, first leg of an African tour that will take the sovereign as of this Wednesday to Guinea Bissau for an official visit, and later on to Côte d’Ivoire and Gabon.

This new African royal tour shows Morocco’s unwavering commitment to develop its relations with African countries and build “win-win” partnerships serving the interests of African people and meeting their expectations.