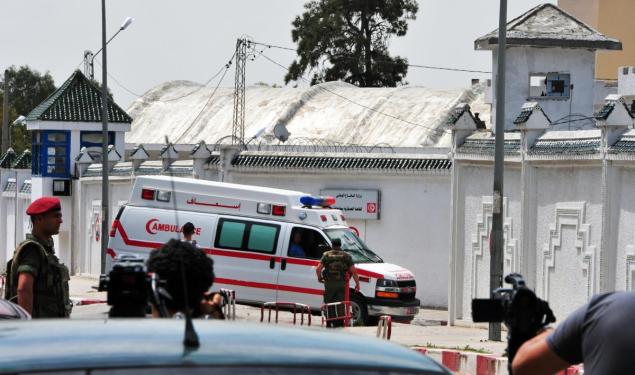 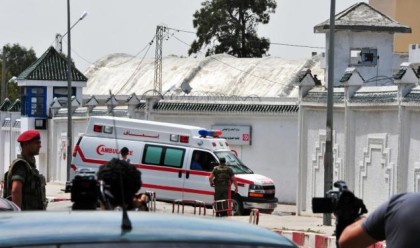 Hours after a Tunisian soldier went on a shooting rampage in a military barracks killing at least seven people before being shot dead, the Islamic State has claimed responsibility and identified the soldier as Mehdi Jaami.

Tunisia’s Defense Ministry had earlier said that it was an “isolated act” and that the situation was under control, while an Interior Ministry spokesman said the attack “is not connected with a terrorist operation.”

According to the Defense Ministry, the soldier, holding the rank of a sergeant in the army, had been banned from carrying a weapon and transferred to a non-sensitive unit after he showed signs of a “troubled behavior due to family problems.”

A Defense Ministry spokesman said investigations that will not discard any possibility will show if the act was related to terrorism or not.

The day of the attack, the sergeant stabbed one of his colleagues with a knife, stole his gun and started shooting   at his fellows at the Bouchoucha army barracks in Tunis’ Bardo district.

However, a group linked to the Islamic State has refuted the Tunisian defense ministry statement describing the attack as an “isolated act, not a terrorist act.”

A statement posted on a website often used by Daesh-linked groups in North Africa hailed the shooter, Mehdi Jaami, as a “lone lion.”

The attack could increase the fears of the Bardo district residents who are still trying to overcome the trauma of the National museum attack that killed 22 people last March. Bouchoucha barracks is located around a kilometer away from the museum. The district also houses two police barracks.

Tunisian authorities are challenged by Islamist militancy which witnessed an upsurge since the advent of the Arab Spring and the ousting of Zine el Abidine Ben Ali in 2011, and by the growing threats at Tunisia’s borders with both Algeria and Libya.

North Africa Post's news desk is composed of journalists and editors, who are constantly working to provide new and accurate stories to NAP readers.
NEWER POSTLebanon: No president for 360days, U.N concerned
OLDER POSTPeugeot to build its MENA region plant in Morocco