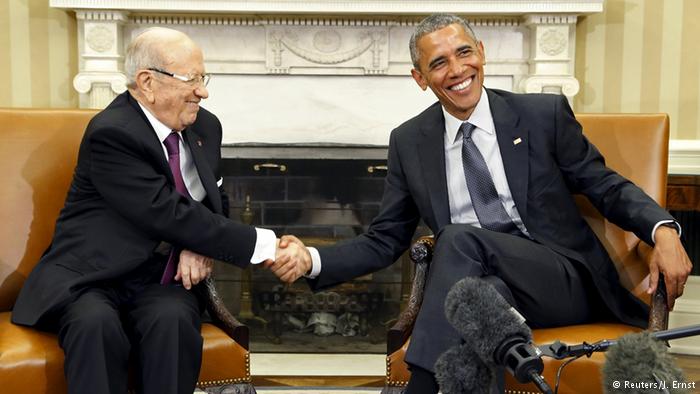 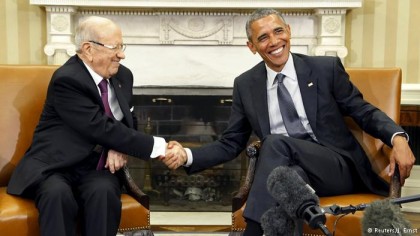 Tunisia will join Bahrain, Jordan, Kuwait, and Morocco as the fifth Arab country to be designated as a major non-NATO ally of the U.S.

The announcement was made by President Barack Obama after a meeting with Tunisia’s President Essebsi, on his first visit to the U.S since his election last year.

President Obama said the democratic reforms implemented by the country prompted the need to uplift ties to the level of strategic cooperation. “In recognition of the importance that we place on the security and diplomatic relationship with Tunisia, I indicated to the President my intention to designate Tunisia as a major non-NATO ally of the United States,” he said.

Essebsi is hoping that his country will be able to overcome the challenges it is facing after the end of the Arab Spring and after it cautiously surpassed a transitional period which has been moderately peaceful despite terror attacks and assassinations of prominent opposition leaders.

“I want the president and the people of Tunisia to know that the United States believes in Tunisia, is invested in its success, and will work as a steady partner for years to come,” Obama said.

He added that among the States marred by the Arab Spring, the North African country has registered “the most extraordinary progress” by “allowing all parties and all parts of the population, including women and minorities, [to] participate fully in the civic and political life of the nation.”

Tunisia is the birth place of the Arab Spring. A general public outcry and days of demonstrations led to the end of the 23year old Ben Ali regime in 2011. Essebsi said democratic processes are “always fragile and threatened” by several factors and by those who don’t believe in it. He said regional challenges continue to threaten democracy in the region.

The U.S is willing to supply Tunisia with a loan guarantee up to $500 million to support structural economic reforms.

Security and terrorism issues were also discussed between the two presidents.

“We discussed the importance of security and the recognition that given the instability in the region, it is important for us to continue to partner effectively in counterterrorism efforts, but also in our efforts to stabilize Libya and bring the parties together so that we don’t have a failed state and a power vacuum that ends up infecting the situation in Tunisia, as well,” President Obama said.

A fact-sheet on U.S.- Tunisian relations released by the White House said the “Administration is seeking to provide an additional $30 million in Foreign Military Financing to Tunisia this year, a 50 percent increase over last year.”

The United States’ security assistance since 2011 includes more than $50 million in programs in partnership with the Tunisian Ministries of Interior and Justice helping to build their operational capabilities while fostering more transparent and responsive security forces through training and provision of equipment, the document said.