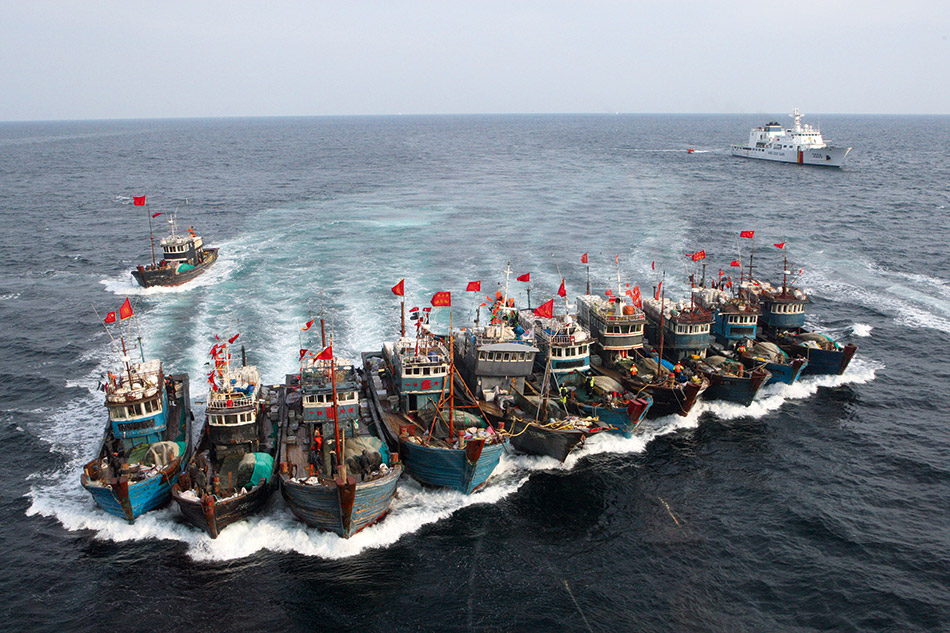 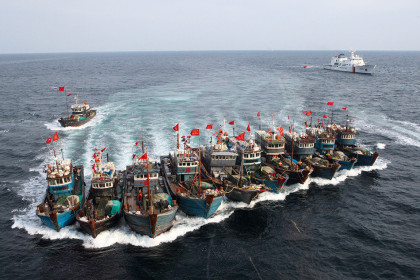 Green Peace report published on Wednesday says Chinese fishing companies have been illegally off the coast of Wets African.

The report points at 114 illegal cases of Chinese vessels operating in the waters off Gambia, Guinea, Guinea Bissau, Mauritania, Senegal and Sierra Leone.

These vessels among which government-owned vessels from the China National Fisheries Corporation (CNFC), a state-owned company have been operating illegally for eight years in these waters.

Some of the vessels do not have fishing licence and at time report incorrect location data.

“Not only are they exporting the destructive fishing model that destroyed China’s own fisheries, but some irresponsible Chinese companies were stealing fish from African countries affected by Ebola outbreak as its government was conducting one of the biggest aid programmes to support these African countries to confront a major local public health crisis,” the report states.

Green Peace says it got the information from their Surveillance Operation Coordination Unit of the Dakar-based Sub-regional Fisheries Commission.

16 cases of illegal fishing by 12 Chinese-flagged vessels or Chinese-owned vessels were reported in one month last year.

“While the Chinese government is starting to eliminate some of the most destructive fishing practices in its own waters, the loopholes in existing policies lead to a double standard in Africa,” Ahmed Diame, a Greenpeace Africa ocean campaigner, said in a statement.

The Chinese ships were “taking advantage of weak enforcement and supervision from local and Chinese authorities to the detriment of local fishermen and the environment,” said Rashid Kang, head of Greenpeace East Asia’s China ocean campaign.

“Unless the government reins in this element of rogue companies, they will seriously jeopardize what the Chinese government calls its mutually-beneficial partnership with West Africa,” he added.

His company has been identified as one of the companies operating illegally in the West African waters.

The number of Chinese-flagged or Chinese-owned fishing boats operating in Africa has peaked in recent decades, from just 13 in 1985 to 462 in 2013, Greenpeace said.

Green Peace also investigated over the past decade illegal fishing practiced by EU, Russian, and Korean vessels off coasts of Africa.