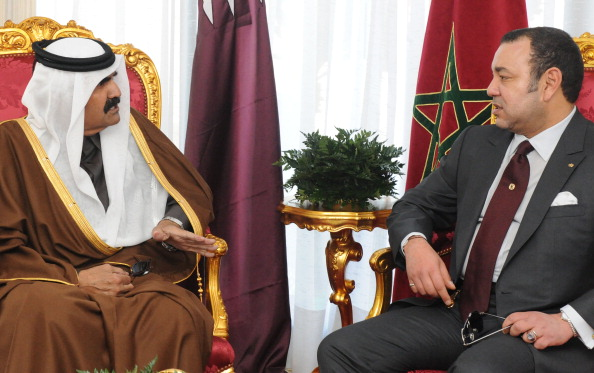 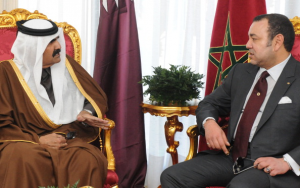 No tiny Arab country has ever gained more diplomatic leverage than Qatar in recent North African history. Since independence, only a few Arab regional powers had an overarching and successful influence in North Africa’s politics: Jamal Abdel Nasser’s Egypt and King Fahd’s Saudi Arabia were able to diplomatically twist – gently or otherwise – the political arms of North African governments to either modify or change their stands vis-à-vis national, regional and global policies. While Nasser used his pan-Arab ideological influence in North Africa, Saudi Arabia utilized its petrodollars to extend its influence in the region. Unlike these historical powers, Qatar reached a remarkable diplomatic influence in the region in the last decade by establishing itself as a diplomatic broker and a global investor.

Before June 27, 1995, Qatar had no diplomatic influence in North African politics. The rise of Shaykh Hamad bin Khalifa Al-Thani after a coup against his father signaled a dramatic shift in Qatari foreign policies. Shaykh Hamad’s foreign policy was based on balancing relations between competing political enemies such as Iran and Saudi Arabia, Israel and the Gulf States, United States and Hamas, etc. These flexible and adroit political maneuvers allowed Qatar to play a diplomatic role between friends and enemies. Given Qatar’s vulnerable geographic position in the Arab Gulf, Shaykh Hamad intelligently established diplomatic connections with “everyone” to counter any potential political enemy including members of the Gulf Corporation Council (GCC) and especially Saudi Arabia. In a short period of time, Qatar became not only regional broker but global player with investment portfolios in sports, real estate, farming, natural gas, arts, tourism, etc.

This policy of the “global friendly broker” is very clear in Qatar’s diplomatic relations with its North African partners in general and Morocco in particular. In 1995, King Hassan II was one of the key Arab leaders who showed a cold attitude toward Shaykh Hamad’s rise to power. Hassan II had friendly relations with Shaykh Hamad’s father, the deposed Shaykh Khalifa. This monarchical position angered Hamad, the new Emir of Qatar. After he launched Al-Jazeera in Qatar and began its live programs, Shaykh Hamad did little to muzzle the views, opinions and reports of Al-Jazeera journalists and their guests on Moroccan national issues including political taboos such as the question of Western Sahara, corruption, and human rights abuse. Al-Jazeera gave Polisario surrogates an unprecedented platform to voice their opinions to a larger audience. At the same time, Qatar intermediated between Morocco and Algeria to seek a final solution on the Western Saharan conflict. In Morocco, there is a national perception that Qatar uses its unlimited capital and media power to undermine Morocco’s legitimacy over Western Sahara despite claiming otherwise. Some Moroccan experts go as far as arguing that Qatar has allied itself with Algeria to weaken Morocco especially in the aftermath of the closure of Al-Jazeera’s office in Rabat. Many experts argue that the diplomatic closeness between Morocco and Saudi Arabia (Qatar’s main competitor in the GCC) has also played a role in Qatar’s antagonistic position toward Morocco.

However, in the aftermath of the Libyan uprising, Qatar has dramatically changed its position toward Morocco. Alongside Qatar, Morocco emerged as one of the few Arab supporters of the National Transitional Council (NTC) against Qaddafi regime, which traditionally supported Western Saharan Independence from Morocco. A diplomatic closeness began to emerge after 2011 leading to a visit of Shaykh Hamad to Morocco in November 25, 2011 during which the leaders of both countries discussed improving economic and trade relations, the Libya question, and the issue of Western Sahara. Qatar signed a new media partnership followed by a relative decrease in “negative” reporting on Moroccan internal politics. At the same time, King Mohammed VI awarded Shaykh Hamad hunting rights in southern Morocco around the region of Goulmim.

Despite these positive changes, Qatar continued to be faithful to its policy of flexible neutrality that allowed it to broker deals between North African enemies in the past, including the release of one hundred Moroccan prisoners from Polisario camps in 2004 and the arrangement of their transport aboard a Qatari airplane. Qatar concurrently angered national Moroccan sensibilities after it showed a Moroccan map without Western Sahara during the 2011 Pan Arab Games’ Opening in Doha, which pushed a number of Moroccan hackers known as the “the Moroccan Deterrent Force” to target many Qatari official websites.

Qatar’s foreign policy is based on a central diplomatic motto “no commitment to my enemies and friends.” This policy has succeeded up to now with regard to its bi-lateral relations with its North African partners. In fact, given the political situation in Syria and the objection of the Algerian government to any military intervention in Syria, Qatari-Algerian relations worsened while the Moroccan-Qatari partnership has warmed up. Qatar has also been one of the key supporters of Moroccan and Jordanian membership in the GCC. Yet, this does not mean that Morocco and Qatar have become strategic allies.

Ultimately, Qatar could lose its diplomatic might in the region only if all countries of the Arab Maghrib Union (UMA) come together as a political and economic bloc to counter Qatar’s capital-and-media, carrot-and-stick policy.

North Africa Post's news desk is composed of journalists and editors, who are constantly working to provide new and accurate stories to NAP readers.
NEWER POSTIraq: The cost of the Political crisis
OLDER POSTNorth Africa after the Storm: Five Lessons in Crisis Management