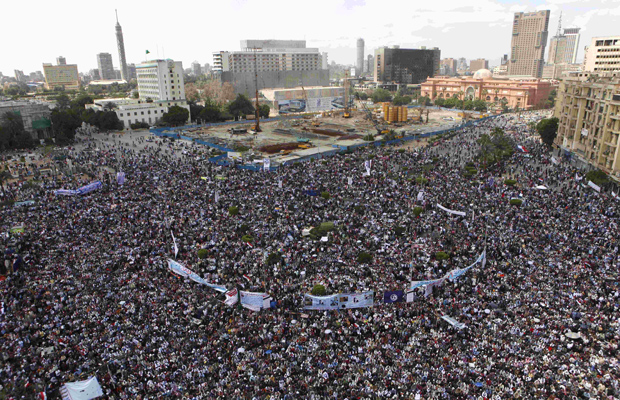 North Africa after the Storm: Five Lessons in Crisis Management 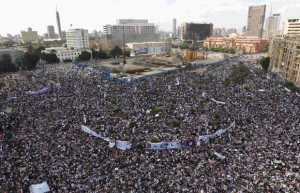 A year and a half after the start of popular protests in Tunisia, it may not be tedious to take some time out to assess what just happened. At present, events seem to slow down in the five North African countries which were significantly affected by the storm: Tunisia, Libya, Egypt, Algeria and Morocco. In these countries, each of the ruling regimes found itself under an unexpected and uneven scenario: high external pressure combined with audacious domestic dissension. Soon after the crisis hit Tunisia, it was obvious that the region had to deal with the utmost risk of social upheaval and chronic political instability. The failure to see the events as such had fatal consequences. For pressure seemed to be exceptionally high and, therefore, it required radical responses. Unaware leaders understood and interpreted ‘radical response’ as meaning the use of tanks to suppress the growing popular dissent. Others, more experienced, used all available resources to juggle and manipulate the unrest in a nifty way. Their strategies of risk management require assessment.

The Tunisian ex-president Ben Ali quickly understood the new state of affairs. Having worked earlier part of his life as a security-agent, he knew he was disarmed. In front of an angry and solid nation, without the support of his allies, fleeing by night was the safest exit he could hope for. The balance between external pressure and internal molding he managed to keep for so long had just spun out of his control. In a tribal, ethnic or sectarian country, a decision like this would lead to state collapse. This is not the case in Tunisia, where an advanced level of modern nation-building was achieved. Since the liberal reforms of Khayr al-Din Pacha (d. 1890), Tunisia has become a model of secularization, modernization and centralization in the region. Ben Ali himself fostered these necessary components of a modern state. However, he installed a social “apartheid” between the Tunisian urbanized middle class and the “paria” rural, semi-urban, marginal and poor classes. A modern nation cannot escape the challenge of social equality. Once Ben Ali fled and some stability was regained, most Tunisian political actors agreed on resuming nation-building. Yet, such an objective is not achievable without a successful development policy and a political compromise between elites. Despising the have-nots could be the worst policy a dictator can adopt – as Ben Ali himself can now attest, currently from his exile in Saudi Arabia.

Contrary to Ben Ali, Colonel Gaddafi of Libya underestimated the external pressure. He chose the Iraqi scenario, and turned himself, without popular legitimacy and in a tribal state, into a Saddam-like figure. Misled by a presumptuous pride, the Libyan ex-leader did not apprehend the rules of the hawk-dove game he was maneuvered into by the other domestic and external players. Rejecting evasion, he had to face tragic consequences. What is worse, he left Libya without any mechanisms of nation-building and with many of the problems and challenges Iraq has been faced with over the last decade.

In Egypt, Mubarak’s departure was a political drama. Being an experienced leader at the helm of a strong nation and with some historical legitimacy, he saw the inherent dangers and was unwilling to pay the price of a confrontation. So, he avoided it. Instead, he chose to negotiate, but went too far to unchartered territory where the drama caught him back. Since the 19th century, similarly to Tunisia, Egypt has made a steady progress in nation-building. Nonetheless, ignoring social inequality, elites’ compromise and secularization cannot be replaced with a political show.

The Algerian ruling army endorses the policy of “move along, there’s nothing to see here”. The disastrous outcomes of the 1990-1991 crisis has served as a dissuasive argument against change. Furthermore, the existence of active radical Islamic groups in the country provides legitimacy for the regime that depicts itself as a prime guarantor of security and stability in Algeria. That being the case, since the root causes of the current crisis are social ones, the Algerian army’s status quo strategy can only work for a while.

Finally, Morocco masters the art of getting by. Crafting a mixture of traditional clans and modern urban merchant classes, the ruling Alaouite dynasty (since 1666) has been involved in a delicate balancing act among the country’s elites. The monarchy’s strategy consists in dissociating elites from the have-nots in the society. Despite significant socio-economic problems, protesters lack a supportive elite and popularity. When the young protesters claimed a constitutional monarchy, the King Mohammed VI granted them a new constitution. However, the latter delegates only limited powers to the parliament and government.

In sum, North African regimes, except Qaddafi’s Libya, overcame the storm. Significant challenges are yet to be addressed – building modern nations and assuring social equality are the fundamental elements without which all five regimes are exposed to the highest risks.