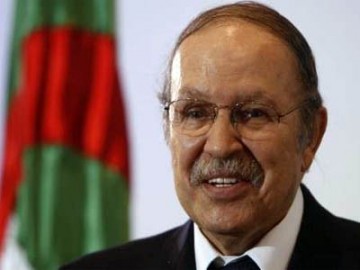 The Algerian government has been reshuffled bringing in officials from the parastatal and private sector to replace some prominent political figures. Among the eight replaced minsters are the finance, energy and interior ministers.

Abderrahmane Benkhelfa will now serve as Finance Minister. Before his nomination, he was the General Delegate of the Association of Banks and Financial Institutions (ABEF) and was critical of the country’s economy claiming that it is a parallel exchange market with an overvalued currency. Observers think that he will introduce major economic reforms.

The Chairman and CEO of the Algerian Petroleum Institute (IAP, Boumerdes) Salah Khebri is the new Minister of Energy. He replaced Youcef Yousfi. The change is linked to the former minister’s inability to sell the exploitation of shale gas to the population in the concerned areas who have been strongly contesting against it due to pollution concerns.

Nouredine Bedoui was transferred from his post as the Minister of Vocational Training and Education to the Ministry of Interior and Local Authorities that was led by Tayeb Belaiz who is known to be ill.

President Boudjemaâ Talai of the Steel and Metallurgy Group (IMETAL) and Professor Iman Houda Feraoun, former General Manager of the Agency of Science and Technology Research (ATRST), will now serve as the Minister of Transport and the Minister of Post and Information and Communication Technology respectively.

Abdelkader Khomri will continue to serve as Minster of Youth but the portfolio of Sports was also added to it after the shuffle. A similar move was also taken at Abdelkader Messahel who had the portfolio of International Cooperation added to his ministry for Maghreb and African Affairs.

Some of the replaced minsters are linked with corruption allegations. The cabinet shuffle introduced technocrats into the government.