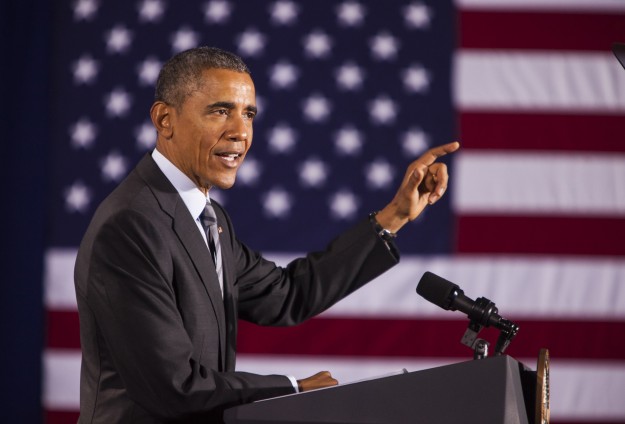 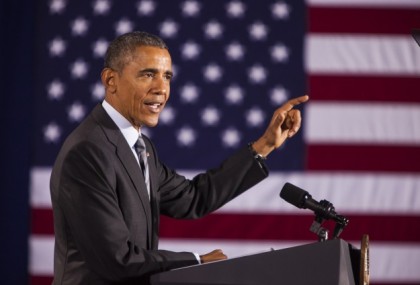 President Obama has shown his support for an independent sovereign Palestinian state as he scolded Iran for its dangerous and destabilizing policies in the Middle East. The U.S president stated that sectarianism is affecting Middle Eastern countries. He was speaking to Saudi-owned Asharq Al-Awsat ahead of the summit with GCC leaders.

Obama said the summit with the Gulf States is meant to strengthen their close partnerships, security cooperation and how to overcome their common challenges together; amongst which are the conflicts in the Middle East. He stressed that “the United States is prepared to use all elements of our power” to protect its interests in the region.

GCC countries cooperate with Washington to protect their mutual interest but Iran’s actions have been of concern to them. Obama said“there should be no doubt about the commitment of the United States to the security of the region and to our GCC partners” as he accused Tehran of manifestly involved in “dangerous and destabilizing behavior in different countries across the region.” Labeling Iran as a “state sponsor of terrorism” with “other reckless behavior,” Obama thought that the country “might become even more provocative” if it ever obtains nuclear power.

Regional countries are worried that a nuclear Iran will lead to a nuclear race in the region. Obama said that the Iranian nuclear question if addressed “successfully” and sanctions relieved, the economy could open up and probably empower moderate Iranians. He added that sectarianism is also an “undeniable” setback in Middle Eastern countries and it is affecting their stability.

President Obama showed support to the Palestinians saying that they “deserve an end to the occupation and the daily indignities that come with it” and to live in an independent and sovereign state in a two-state solution.