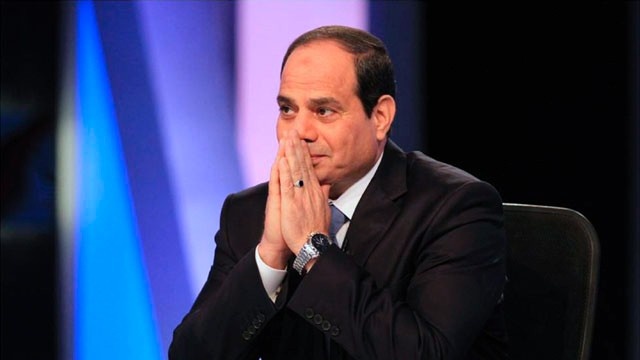 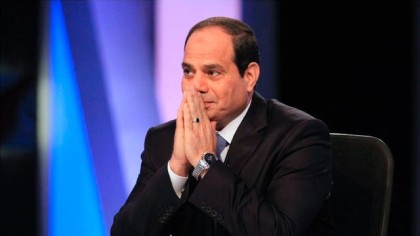 President Sisi said during his third monthly speech focused on corruption and national security that the country’s security should not be taken for granted.

His speech coincided with the report on the findings of independent forensic acoustic experts of a tape recording where Sisi is allegedly heard planning to divert funds donated by the Gulf States.

The Egyptian president said the country’s security “is an inseparable part of Arab national security” and warned “powers, trends and states that are trying to impose their agendas and impact Egypt’s national security” to reconsider their policies. He announced that a decision has been reached by the National Security Council to extend Egypt’s air and sea participation “alongside our brothers in the Gulf;” referring to the Saudi-led coalition.

The role of the media cannot be overemphasized according to Sisi as he stated that the “Egyptian television is part of Egypt’s national security and it must not stop broadcasting for even one minute.”

Sisi lamented that corruption is affecting the country. He stated that 344 attempts of corruption have been “foiled” in one month and that such practices would surely continue to hinder the recovery process of the country.

Meanwhile, secretly taped recordings of Sisi’s voice in which he talked about how to divert the money given by Gulf donors into bank accounts used by the Egyptian army have been authenticated by independent British forensic acoustic experts. The report stated that “no forensically significant differences were found” and there are “moderately strong support” that Sisi was the one speaking on the tape. It also added that there were no indications that the taped recordings were fabricated or edited to incriminate Sisi and his office manager Abbas Kamel. The recordings are being used by Morsi’s lawyers in court.

North Africa Post's news desk is composed of journalists and editors, who are constantly working to provide new and accurate stories to NAP readers.
NEWER POSTLibya: Countries should not undermine our authority, Tobruk government warns
OLDER POSTBoycott of USA-GCC Summit, a Warning or a Declaration of Independence?