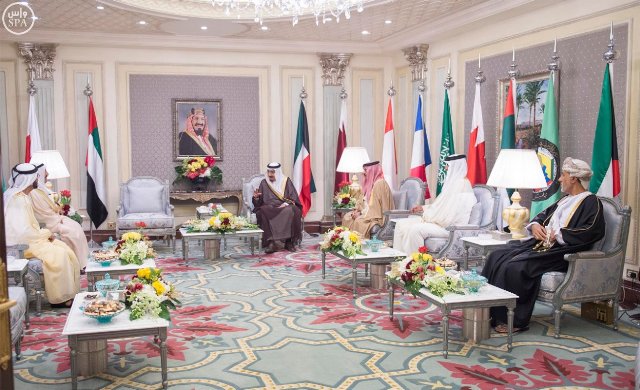 Boycott of USA-GCC Summit, a Warning or a Declaration of Independence? 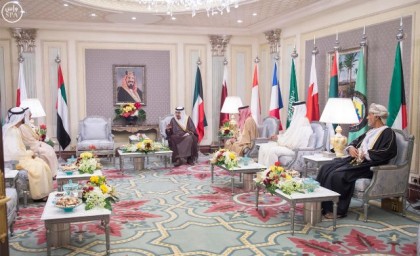 Rulers of Four Arab countries out of the six nations forming the Gulf Cooperation Council (GCC) are snubbing the summit to be hosted by President Barack Obama at the White House on May 13 and at Camp David Presidential retreat on May 14.

King Salman of Saudi Arabia announced that he would not attend the summit and that he would be represented by Crown Prince Mohammed bin Nayef. He was soon followed by Sheikh Khalifa ben zayed Al Nahyane of the United Arab Emirates, Bahrain’s Hamed ben Issa al Khalifa and Sultan Qabus ibn Saïd of Oman, who all decided not to make the trip to Washington and to send instead lower ranking representatives. Only Kuwait and Qatar will be represented by their heads of State.

The summit, officially meant “to discuss ways to enhance partnership and deepen security cooperation” between the USA and the six-nation GCC was summoned by President Barack Obama to gain the Gulf partners’ support to the Iranian nuclear deal, he considers as his key foreign policy initiative.

Obama wanted to brush off any fears they might have about the deal to be sealed by the June 30 deadline and to give them assurances as to the safeguard of their security.

Although Washington and Gulf leaders rule out the existence of any rift between the two sides, political analysts see in the Gulf rulers’ absence from the US-proposed summit a blow to the White House. They explain that the boycott signals their rejection of the Iranian nuclear pact and their belief that the Summit agenda would not go far enough to earnestly address their concerns about the Iranian deal, which provides for the lifting of international sanctions.

They also want to prove their determination to face up Iran that they see as a destabilizing player in the region on their own.

Sources close to the summit organizers told US media that besides the Iranian issue, Gulf States’ differences with Washington about a number of other topical questions, mainly the Middle East conflict and the Syrian crisis, are still very wide. The Gulf nations want Washington to take more-aggressive steps to overthrow Syrian President Bashar al-Assad, Iran’s closest ally in the Arab World.

Also, they are seeking to acquire more-advanced weaponry to counter Iran, including surveillance equipment, cruise missiles and drones and want to purchase the more-advanced US-made jet fighter, the F-35.

But Washington cannot easily meet these demands out of concern to preserve its Israeli ally’s military supremacy.

The Obama administration which is so eager to gain the GCC’s support for its Middle East policies in general has reportedly offered to give the GCC countries non-NATO major-ally status, and also proposed, as a way to contain Iran, a better integration of the two sides’ missile defense systems. But the offer has seemingly raised little interest.

Yet, the Gulf leaders stuck to their decision not to attend the summit, giving thus Washington a signal that they no longer need the American umbrella to protect their territories and thwart threatening dangers as evidenced in Yemen, where Saudi Arabia is leading a military coalition to fight the Iran-backed Houthi rebels’ insurgency.

Prior to this, they conveyed to Washington another message when they invited to the GCC summit, held few days ago in Saudi Arabia, French President François Hollande, whose country has played a key role in slapping tough conditions on Iran in return for easing sanctions.

Before heading to Riyadh, President Hollande visited Doha where he attended the signing ceremony of a contract under which Qatar ordered 24 Dassault Aviation-built Rafale fighter jets in a deal worth $7 billion.

Through the invitation extended to President Hollande, who was thus the first foreign head of state to attend a GCC summit, the Gulf countries indicated that can have privileged ties with other major powers.

So, is their decision not to attend Obama’s summit a warning to Washington that it cannot team with Iran at their expense or is it a Declaration of Independence from the United States that Washington should understand once and for all?