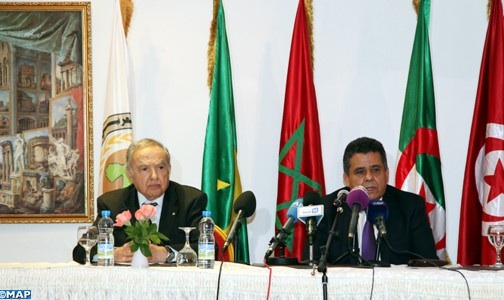 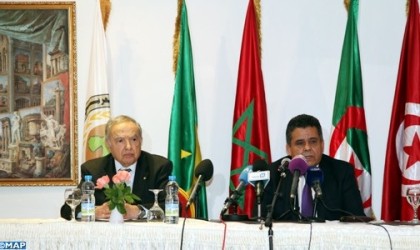 The Maghreb region is going through a critical situation because of the growing cross border security threats, including terrorism and organized crime, illegal immigration, drugs and arms smuggling, a situation which requires collective responses.

The participants in the 33rd session of the follow-up committee of foreign ministers of the Arab Maghreb Union, convened in Rabat on Thursday, called for a common Maghreban security strategy to be based on a comprehensive and integrated approach, taking into account religious, educational and development dimensions.

The resurgence of terrorist attacks in the Maghreb requires the strengthening of security cooperation to cope with these threats that are endangering the security and stability of the region, underlined the participating officials who addressed several Arab, regional and international issues, the situation in the Sahel-Sahara region, illegal immigration and cooperation between the Arab Maghreb Union (AMU) and other regional groupings and international organizations.

The situation in Libya and the threat posed by the Islamic State group or Daech topped the debates of the session, which warned in the statement released at the end of the meeting against any interference in the internal affairs of Libya and called for the full respect of the country’s integrity, sovereignty and unity.

The meeting called for unifying efforts and coordinating actions with the Sahel countries to improve the fight against the terrorist groups thriving in the region, which takes advantage of the instability prevailing in some countries, Libya among others, to find safe heavens and spread terror.

The meeting underlined the need to guarantee political and economic stability which is a shield against the misery and despair that make the youths easy prey to extremist groups recruiting rigs.

These meetings are part of tentative efforts to revive the structures of the AMU, which is paralyzed because of the strained relations between Morocco and Algeria over the Western Sahara issue.

Some analysts deem such meetings’ decisions are mere declarations of good intentions that are not enough to reactivate the union and lower down the persisting barriers. They argue that no unity and no integration can be envisioned while the land borders between Morocco and Algeria are closed, not to speak of the chaos still prevailing in Libya.

You cannot discuss the Union project from the prism of economic and social cooperation while overlooking the political and geostrategic dimension of the project, analysts say.

The participants in the Rabat meeting have actually acknowledged that the AMU project is deadlocked and called for a new comprehensive and realistic approach to overcome the obstacles and fulfil the Maghreb integration goals.