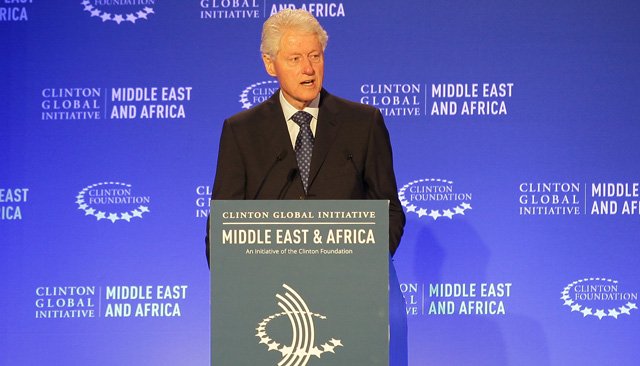 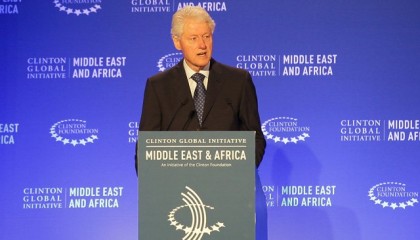 Former US President Bill Clinton highlighted Wednesday the role of civil society in development and the fight against violence, stressing the need to enhance this role.

Addressing on Wednesday the Clinton Global Initiative Middle East & Africa Meeting held in Marrakech, Morocco, May 5-7, Bill Clinton deemed that “the development of non-governmental organizations is one of the best news of the 21st century.” The only way to deal with the violence in the Middle East is to improve the action of civil society and take advantage of the opportunities offered by the region, he said at the CGI meeting, organized for the first time in Africa. The forum was held in Asia in 2008 and in Latin America in 2013.

Hosted by President Bill Clinton and his daughter Chelsea Clinton- Hillary Hillary Rodham Clinton being busy with the beginning of her presidential campaign- the meeting gathered regional and global leaders from civil society, business, and government. The meeting highlighted the opportunity and challenges of both regions and pondered on means of finding lasting solutions to pressing challenges.

Other topics discussed at the meeting include education, public health systems, youth employment, infrastructure, and natural resource management, in addition to new forms of partnership to boost development, stimulate innovation and secure prosperity to all.

The forum, established in 2005 by the Clinton Foundation, brings together leaders from the private and public sectors to discuss major issues in particular in the areas of education, employment, infrastructure and energy. Also, the forum provides attendees with the opportunity to network, build partnerships, and share best practices to generate lasting solutions through the CGI Commitment to Action model.

Alluding to the conflicts and turmoil in the MENA region, Bill Clinton said there are problems in Africa and the Middle East, but there is also wealth.

The MENA countries have valuable natural resources, are posting some of the fastest growing economies in the world, and have made tremendous progress in improving human development.

Bill Clinton also insisted in his address on employment and health that are, he said, among the main challenges facing up the region.

“The unemployment rate is the highest in the world and education systems do not deliver the necessary skills,” he said.

President Clinton hosted the closing session, which featured a panel discussion on “The Middle East and Africa: Future Leaders for Opportunity.”

North Africa Post's news desk is composed of journalists and editors, who are constantly working to provide new and accurate stories to NAP readers.
NEWER POSTNationwide Yemeni ceasefire to be respected by all or no deal, Saudi FM
OLDER POSTIran and India to develop strategic Chahbahar port, MoU signed