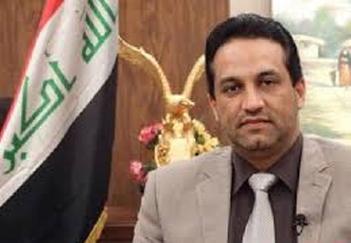 Iraq is trying to control the role of foreign countries in its fight against the ISIS that it considers as an internal affair despite concerns that the extremist group poses a threat to regional security and the West.

Iraq welcomes foreign support in its fight against the ISIS group, whether military, humanitarian or logistical, but insists that any aid should be channeled through the federal government.

The Chairman of the parliamentary group, Independent Gathering of Iraq Competencies, MP Haitham al-Jubouri, deplored, in a statement to the media, the supply of “70 tons of various weapons” to the semi-autonomous Kurdish region by Germany without the approval of the authorities in Baghdad. He described the move as a breach of Iraq’s sovereignty.

Jubouri said the arms that came from Germany violated the decision of the House of Representatives against “the intervention of any country in our internal affairs or to deal with the Iraqi components without passing through the Federal constitutional institutions.” He lamented that neither the Federal government nor the general command of the armed forces were informed about the transaction.

Berlin and Kurdish authorities have not reacted to Jubouri’s comments.

Meanwhile, Hezbollah Brigades in Iraq claimed in a statement released on Tuesday that they have “managed to repel a major attack” after more than a five hour battle with ISIS in southeastern Fallujah. It added that 23 ISIS militants were killed.