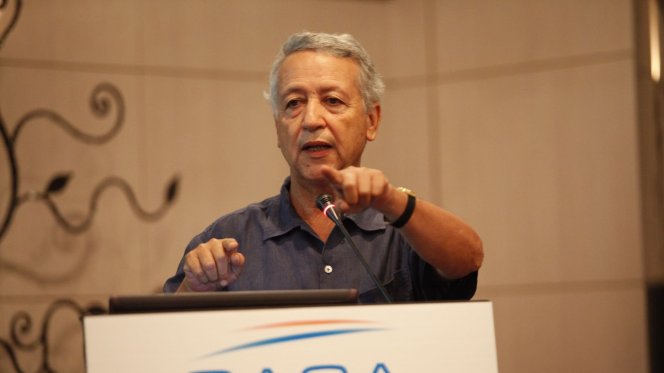 Mohamed Sajid, from business to politics 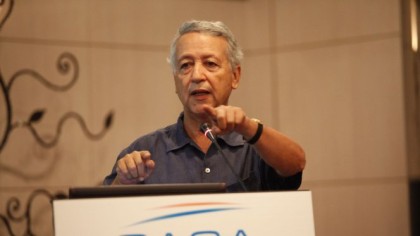 Mohamed Sajid, the mayor of Casablanca, was elected new Secretary General of the Constitutional Union Party (UC) by an overwhelming majority of the 964 members of the party’s national council last Saturday.

Sajid, a 66-year old wealthy businessman, gleaned 825 votes while the distant second, Anwar Zyne, won 25 votes only. The two other contenders, Bouchra Barijal and Mohamed Bensaidi got respectively 13 and 11 votes.

Driss Radi, the party’s group chairman at the Chamber of Advisors (upper House,) who was presented as Sajid’s main challenger for the position, withdrew his candidacy right before the election took place without giving any explanation to his move.

Actually, Sajid had nothing in his background that destined him for a political career. He was born in Settat to Berber parents from the poor mountainous southern region of Taroudant.

The family later on settled in Casablanca where Sajid attended secondary school before going to France to study business.

After he graduated from the University of Lille, Sajid returned back home to work in his family’s business group consisting of several companies operating in particular in industry and real estate (Mazagan Ocean SARL) and also in the textile industry (Mazafil, Maveltex, Bissate.)

At the death of his father, he continued working in and expanding the family group for several years, but started at the same time getting involved in civil society activities, principally to try to improve the living conditions of the impoverished populations of the region of Taroudant.

He started getting interested in politics only in the early 1990s when the then Interior Minister, Driss Basri, at the instigation of the late King Hassan II, wanted to bring in new people to the Moroccan political landscape.

Encouraged by the trend as well as by many of his friends, Sajid participated in the parliamentary elections of 1993 as a candidate of the Consitutional Union for a Taroudant constituency and started thus his political career.

Sajid was eager to promote his constituency but he was at the same time aware that the budget available was very small and could not finance any noteworthy project likely to change the life of his voters and break out their isolation.

As he once told the New York Times, “I do not look at problems like a normal politician, so I come up with strange solutions that seem to work.”

Actually, the businessman and not normal politician was not long to devise plans attracting the interest of both the government and the natives of his constituency.

On top of these plans, there was the building of roads to open up the region and facilitate access to Taroudant, supplying electricity to the dwellers, building schools and other social facilities.

Sajid thus asked the central government to finance a part of the projects and convinced the region natives, mainly the expatriates, to contribute to the financing.

He knew that as soon as the local population makes whatever small a financial contribution to a project, the government have no other alternative than intervening to carry it out. And he was right.

His approach to involve the population and use private sector money soon proved fruitful. In less than ten years, 600 km of roads, several schools and colleges, health centers and clinics were built.

Ten years after he entered politics, the wealthy businessman and shrewd politician was elected in 2003 mayor of Casablanca, being thus the first to occupy the newly created post.

And as he did in his own back yard constituency, he lured the private sector to take over the management and running of some problematic sectors in the most populated Moroccan city (nearly 5 million inhabitants according to the 2014 population census) such as mass transit, trash collection, water distribution and sanitation etc…

Overall, his initiatives were hailed as a successful municipal management policy. Yet, his trend to turn everything over to the business community has raised sharp criticism that he has seemingly heeded.

As early as 2013, he stressed the need to innovate in terms of governance and announced that Casablanca would have a new governance model. The delegated management is dead and the City Hall will recover control of investments by creating specialized public companies and promoting public-private partnerships, he said. The separation between investment and exploitation will allow the city to resume playing its supervisory role, to better manage the investments and to better manage the services. He insists that it is not the mode of governance which is a goal in itself but the effectiveness of governance.

The politician has lost nothing of his business nerve. He is ceaselessly seeking greater efficiency, more productivity. That’s his deliberate choice.