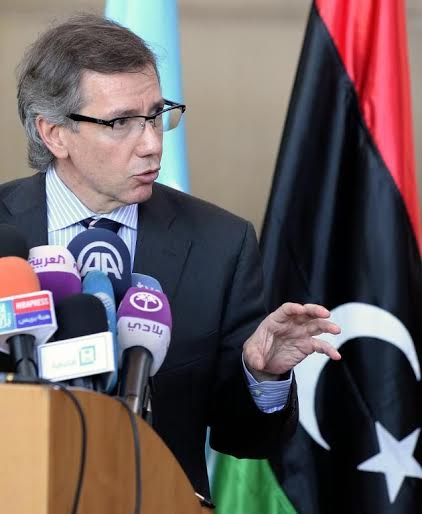 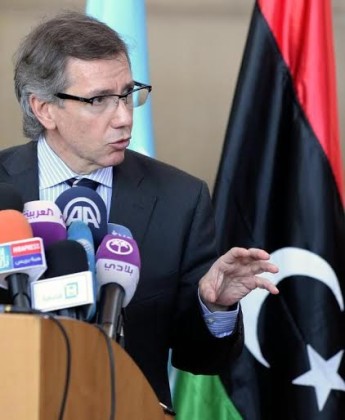 The U.N led talks to end the war in Libya has been dealt a heavy blow after the rival government and parliament in Tripoli rejected the draft proposal for a Unity government. U.N special envoy Bernadino Leon said they have started receiving reactions from Tripoli and Tobruk and that some of them are critical and negative about the draft but it is unsurprising in such complex process. Tripoli has already made its opinion public while Tobruk remains silent.

The deputy president of the General National Congress (GNC) Saleh Makhzoum said the draft does not showcase the “aspirations of the revolutionary fighters”, including the Libya Dawn militia alliance.

Parliament spokesman Omar Humaidan told a press conference that the GNC “completely rejects the draft proposal as it does not provide an objective, comprehensive, balanced solution.”

Authorities in Tripoli think that the draft favors their rivals in Tobruk because it recognizes the House of Representatives as “the only legislative authority in the country” and omits the GNC. Libya’s Supreme Court ruled the House of Representatives unconstitutional in November. The plan envisages Libya being led by a five-person strong “presidency council.” The formation of a National army is also area of concern.

The Justice and Building Party, Libya’s Muslim Brotherhood, said the “shocking and disappointing” draft ignored the initiatives and opinions forwarded during the dialogue. It stated that the draft is “flawed and unbalanced.”

Leon said the draft proposal embodies “a fair and reasonable political agreement that addresses the concerns of all parties.” He claimed that 80% of the draft has already been accepted. Leon said reaching a consensus will end the violence in Libya because all the parties are aware that military action is not the solution.