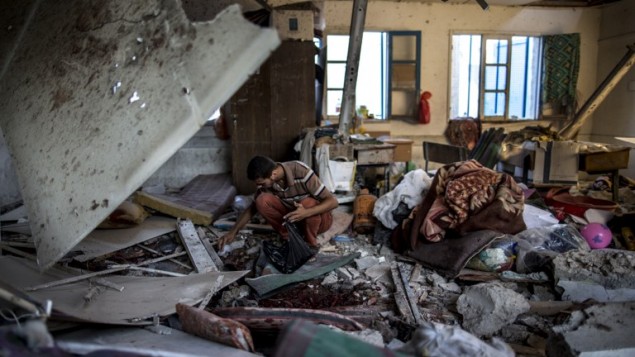 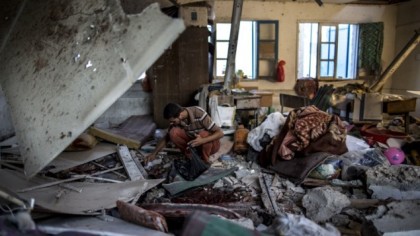 UN investigators have found that Israel responsible for Gaza bombing of United Nations schools and shelters during which 44 innocent Palestinians were killed and 227 others were injured.

According to the findings of an inquiry ordered by UN Secretary General Ban Ki-moon, Israel was responsible for striking seven United nations sites used as civilian shelters during 2014 Gaza war.

The UN chief condemned the Israeli attacks that targeted UN shelters and criticised Palestinian militant groups for putting some UN schools in Gaza.

The UN inquiry, which examined both forensic evidence and testimonies of UN staff in Gaza during the 50-day war last summer, concluded seven incidents were attributable to the Israeli forces.

UN secretary General Ban ki-moon pledged to work with all concerned and spare no effort to ensure that such incidents will never be repeated.

Although the report has no legal status, the disclosure of the inquiry’s findings increases pressure on Israel on the international scene as the Palestinian Authority joins the International Criminal Court and may launch legal actions against Israel.

More than 2,100 Palestinians, most of them civilians, were killed during the Gaza conflict last July and August. Sixty-seven Israeli soldiers and six civilians in Israel were killed by rockets and attacks by Hamas and other militant groups.

North Africa Post's news desk is composed of journalists and editors, who are constantly working to provide new and accurate stories to NAP readers.
NEWER POSTSituation in Yemen at Center of Moroccan-Saudi Summit Talks
OLDER POSTTogo-Elections: Early Results Suggest the Winner is… Gnassingbé