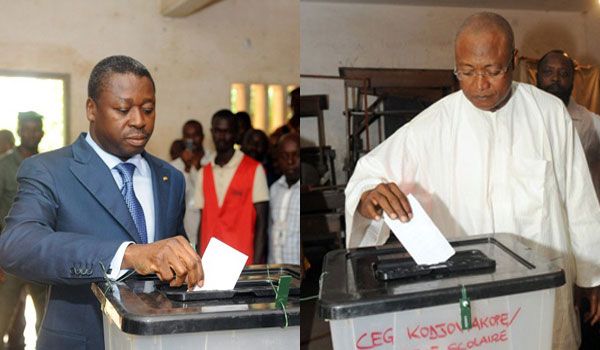 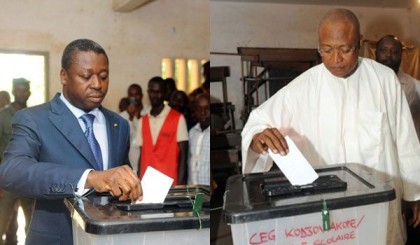 The early results of the presidential elections in Togo held on Saturday show that incumbent President Faure Gnassingbe is poised to win with a comfortable majority.

The National Independent Electoral Commission disclosed this Monday that, according to the partial official results, Faure Gnassingbe, leader of the ruling Union for the Republic Party, is in the lead with 62 % of votes. His immediate follower, with 32 % of votes, is Jean-Pierre Fabre, who run as the leader of a coalition of five opposition parties called the National Alliance for Change.

The scores of the four other challengers, namely Aime Tchabouré Gogué, representing the Alliance of Democrats for Integral Development (ADDI), Mouhamed Tchassona-Traoré, president of the Patriotic Movement for Democracy and Development (MCD) and Komandega Gerry Taama from the New Togolese commitment (NET) are not known yet.

Faure Gnassingbe and Jean-Pierre Fabre were the main contenders of the 2010 elections that were won by the incumbent president with 61 % of votes while his challenger came distant second with 34%.

Many observers had predicted Gnassingbe’s victory because under his tenure, especially his second term (2010-2015,) Togo recorded progress at several levels, most importantly at the economic level.

Faure Gnassingbe also launched a number of reforms that are recognized as positive even by his opponents (public governance, social progress, improvement of infrastructure, freedom of speech…).

The National Electoral Commission has six days after the polling day to proclaim the official final results.