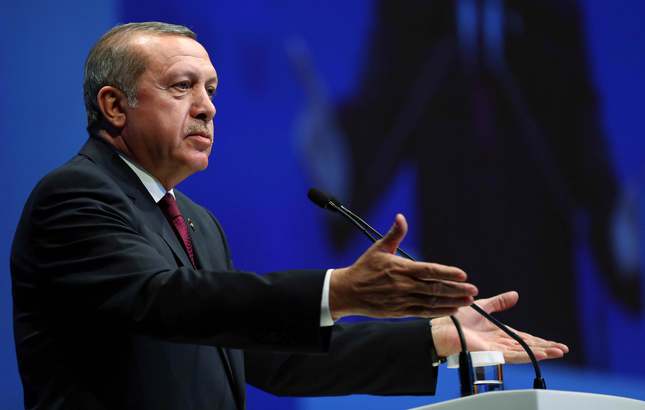 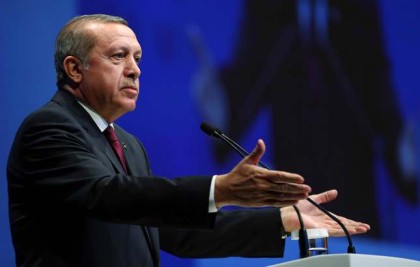 Ahead of his two-day visit to Kuwait that will begin on Monday, President Erdogan said ties between the two countries are “strengthened by their common culture and by sharing the same religion” as he pointed out that their stability, prosperity and peace are interrelated. The Turkish president is hoping to boost commercial relations between them with the 10th meeting of the joint economic commission expected to take place in the next couple of months.

According to the Turkish Foreign Ministry, Turkish-Kuwaiti diplomatic relations started with the accreditation of the Turkish Embassy in Beirut to Kuwait in 1969. Erdogan is hoping that talks with Kuwaiti Amir Al-Sabah will further strengthen ties as he described him as “a wise personality” after the UN designated him as a Humanitarian Leader.

The trade volume between the two countries reached $569 million last year but Erdogan wants it to be at least $1 billion arguing that the two countries have the means of attaining such an objective. He believes that Kuwait can benefit from Turkey’s experience in defense and technological industries.

The Turkish president stated that Ankara will continue to remain steadfast to “the same spirit of solidarity with sisterly Kuwait” like it did in 1990 when it was invaded by Iraq under Saddam Hussein.

Erdogan hailed the “solid ties” Turkey shares with all the member states of the Gulf Cooperation Council (GCC). He said Turkey supports the Saudi-led coalition before highlighting that Operation Restoration of Hope “which is more politics-based, is very important to complete after the first phase of military operations.” He stressed that “building stability in Yemen is crucial” as he told Kuwait News Agency (KUNA) that developments in Yemen, Palestine and Syria will be discussed with the Amir.