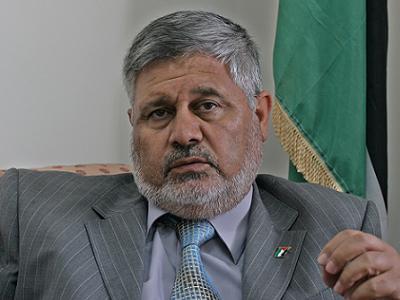 Hamas leader Ahmad Yousef has stated that there are ongoing indirect “chats” with Israel but a deal could also be reached if Israel is committed to earlier agreements and releases all those who were re-arrested after the abduction of three Israeli settlers last year which eventually led to the war in the summer. Prime Minster Netanyahu said during his campaign that a two-state solution will not be achieved during his leadership. Saeb Erekat, Palestinian chief negotiator in the suspended peace talks with Israel, said the Central Council of the Palestinian Liberation Organization (PLO) will be holding a meeting on Wednesday to review its relationship, economic and security cooperation with Israel.

Yousef said they are waiting for Prime Minister Netanyahu to form a government “so things can get more serious” because “European diplomats and civil society activists” are currently transmitting the opinions of Tel Aviv and Hamas “through unofficial chats.” He hinted that issues that have been raised include lifting the siege by opening a seaport to connect to the outside world. The Hamas leader said they have “a lot of important cards to play” during talks with Israel as well as “surprises on the topic of the missing soldiers” as he claimed that international parties were mediating in the issue of the remains of Israeli soldiers said to be in Gaza.

However, Fatah is taking a stronger stance as Erekat warned that Netanyahu will be held “accountable for any crimes committed against Palestinians” promising that “it will not be cost-free legally.” He said he has been informed that the to-be formed government “will be the most extreme government in Israel.” Erekat stressed that a two-state solution is the only solution to the conflict contrary to Netanyahu’s remarks.

North Africa Post's news desk is composed of journalists and editors, who are constantly working to provide new and accurate stories to NAP readers.
NEWER POSTTurkey: Erdogan highlights interrelation between Ankara and Kuwait City
OLDER POSTTogo: the Stakes of the Presidential Elections