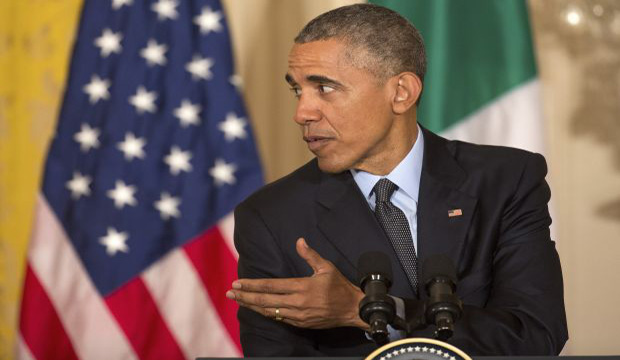 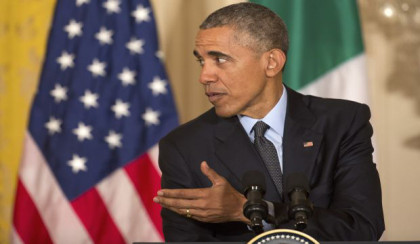 President Obama has called on Gulf counties to be more cooperative in Libya in order to end the war because military action will not be enough.

The war between the two rival governments has been going on alongside negotiations. Groups who have pledged allegiance to the Islamic State have also begun operations in the country and have recently targeted the embassies of South Korea and Morocco.

Obama told a press conference in Washington that the U.S government is going to “encourage some of the Gulf countries that have, I think, influence over the various factions inside of Libya to be more cooperative themselves” because “in some cases, you’ve seen them fan the flames of military conflict, rather than try to reduce them.” His remarks came barely a month before the U.S hosts leaders of member countries of the Gulf Cooperation Council to discuss the crises in the Middle East.

Most countries recognize the Tobruk-based government and parliament although the Libyan Supreme Court has questioned the build-up to elections.

President Obama is hoping that cooperation between the influential gulf countries in Libya could help to end the war because the U.S “will not be able to solve the problem with just a few drone strikes or a few military operations.”

Efforts to end the war through a political solution is also taking place in Morocco and U.N Special envoy Bernardino Leon is hoping that the delegates from rival governments will understand “that we cannot wait any more and this will really be the final round.” He stressed that the Libyans and the international community have lost patience and want an agreement to be reached the soonest.