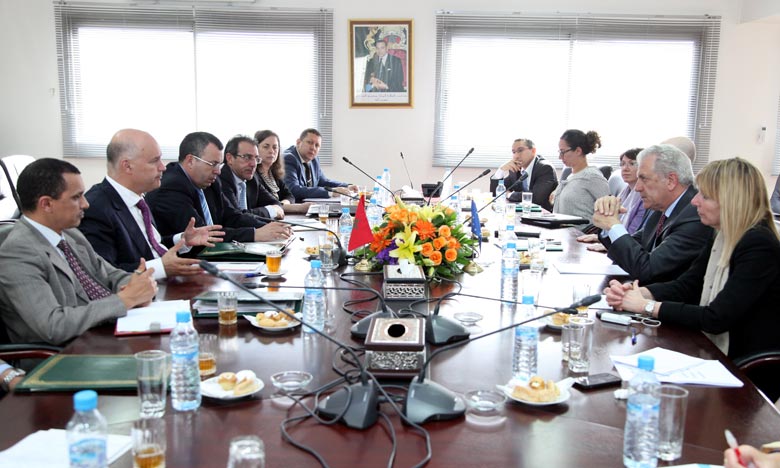 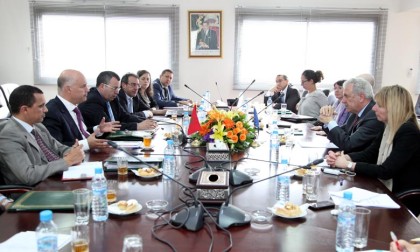 The European Union has granted Morocco € 10 million to finance a program destined to promoting the integration of migrants in the North African country.

The program that was launched Friday in Rabat in the presence of European Commissioner for Migration, Home Affairs and Citizenship, Dimitris Avramopoulos, is meant to support Morocco’s migration policy, part of the Mobility Partnership that Morocco was the first country to sign.  The program, to run from 2015 to 2019, covers health, education, workforce development and protection of the most vulnerable migrants, especially women.

The immigration issue is a challenge facing both the European Union and Morocco which is no longer a mere country of transit but an asylum country. And the EU considers Morocco a strategic partner as they face the same challenges on migration, security and other matters.

Dimitris Avramopoulos said upon leaving Morocco on Friday that the country “is an excellent example.” “Morocco was the first country to sign a mobility partnership. This helped to intensify the EU’s support for Morocco’s migration policy,” he said expressing hope that other countries in the region will show the same determination.

“In the area of ​​security, Morocco plays a stabilizing role in the region. The EU is very concerned about the growing threat of foreign terrorist fighters. The fight against radicalization is a transnational problem. Morocco shares the same concerns,” he said.

The European Commissioner deplored the large number of migrants who have died in the Mediterranean, saying that “regardless of the numbers, this is unacceptable.”

Acknowledging that the situation is getting worse and requires that the EU works in close partnership with its neighbors, he announced that the Commission will adopt a comprehensive and strategic approach in the context of the European Agenda on Migration which will be presented in late May.

Under the program launched Friday, a medical coverage scheme for regularized migrants will be developed and access of migrant children to the Moroccan public education system will be promoted. Since October 2013, these children have full right to attend Moroccan public schools.

The European Union will also help the Moroccan Ministry in charge of Moroccan Expatriates and Migration to implement the national immigration and asylum strategy adopted by the Moroccan government in December 2014.

The EU’s support to migrants will be channeled not only through governmental departments but also through associations dealing with immigrants. The Union will thus fund pilot projects that proved successful, namely an employability project that will benefit about 1500 legal migrants.

The EU will also reactivate an EU-funded program that was implemented by several associations between 2011 and 2014. The program which extends medical, psychological and social assistance to vulnerable women will benefit 1500 persons.

In September 2014, Morocco and the EU launched a project worth € 5.2 million meant to help the Moroccan Ministry in charge of Moroccan Expatriates and Migration to mobilize more efficiently the Moroccan diaspora, their skills and savings, to facilitate Moroccan expatriates’ access to the European labor market and also to increase the sustainability of return programs for those who want to settle back home.

Last month, the European Commission approved 22 new multiannual national programs under the Asylum, Migration and Integration Fund (AMIF) and the Internal Security Fund (ISF) for the period 2014-2020, worth together approximately €1.8 billion.

An additional 36 national programs will be approved later this year. These two strands of EU funding support Member States’ efforts in the fields of asylum, migration and integration, and internal security.

North Africa Post's news desk is composed of journalists and editors, who are constantly working to provide new and accurate stories to NAP readers.
NEWER POSTObama urges Gulf countries to cooperate, not to fuel Libyan war
OLDER POSTIsrael: Iran and the Nazis are the same, PM Netanyahu