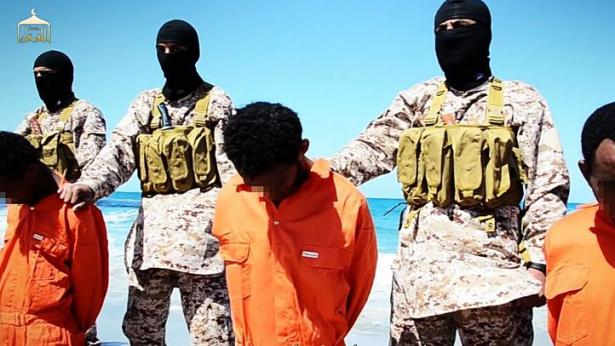 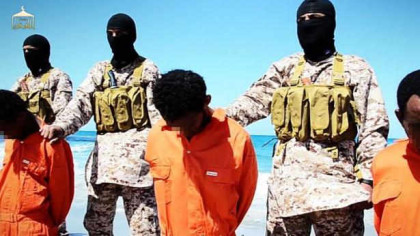 The Islamic State group has released a video showing its militants savagely beheading and shooting 30 Ethiopian Christians captured in Libya. This is the first time that ISIS, which gained a foothold in Libya, targets Ethiopia which has sent soldiers to Somalia to fight Al Shabab Islamist rebels within the frame of the African forces.

Many Ethiopian Christians are part of the Coptic Church. They often immigrate to North Africa seeking employment or a transit route to Europe.

Radical Islamic militants in Egypt, Algeria, Afghanistan, Nigeria and elsewhere have pledged loyalty to the ISIS and its self-declared caliphate, but Libya is the first country outside the group’s territory in Syria and Iraq where its core leadership has demonstrated most brutal acts in the region.

Last February, fighters of the Islamic State in Libya beheaded 21 Egyptian Copts on the shores of the Mediterranean, a move that triggered the launching of air strikes by Egypt against the group’s stronghold in Libya.

“We strongly condemn such atrocities, whether they are targeting Ethiopians or not,” said a spokesman for the Ethiopian government.

Last summer, thousands of Iraq’s Christians fled their ancestral homes in Nineveh as the Islamist militants swept through northern Iraq.

Other minorities such as the Yazidis have also faced mass starvation and slavery at the hands of the terror fighters. The Islamist fanatics also destroyed ancient heritage of Iraq’s Assyrian community, Shia and Christian shrines.