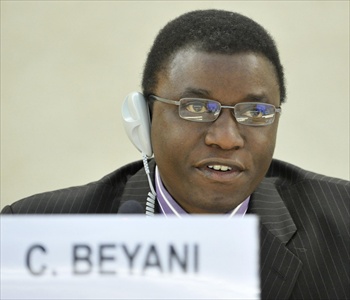 The Saudi-led airstrike campaign has received a big blow from the U.N after Chaloka Beyani, U.N.’s rapporteur for internally displaced persons, accused the kingdom of carrying out bombings that destroyed public and other civilian buildings including hospitals. Since the operations became two weeks ago, Riyadh has stressed that it targets rebels and their positions.

Beyani accused Saudi Arabia of intentionally bombing the al Mazraq camp in northern Yemen on March 30 killing at least 25 people and injuring around 37 people. He labeled the attack as “a grave violation against some of the most vulnerable of the vulnerable civilians.”

Pressure has been increasing on Riyadh for a humanitarian corridor to be set up so that aid could be delivered to the needy as the U.N Office for the Coordination of Humanitarian Affairs estimated that 37 public buildings have been bombed around the country amongst which were 5 hospitals.

Hundreds of people have been killed since the Houthi uprising began last year. U.N said fighting is now concentrated in the cities of Aden, Sanaa, Sadah and Dhale. Beyani warned that “the picture on the ground is extremely bleak” and that humanitarian actions “must be stepped up as a matter of urgency” because the violence has been intensifying. U.N. estimates that around 100,000 people are displaced and 14 of Yemen’s 22 provinces have seen fighting or bombing raids.

Saudi Arabia has not reacted to the claims made by the U.N rapporteur although it has always stressed that its targets are the Houthi movement and its allies. A spokeswoman for the International Committee of the Red Cross recently announced that it has obtained clearance from the Saudi-led coalition to fly in humanitarian supplies into the airport at Sana’a.