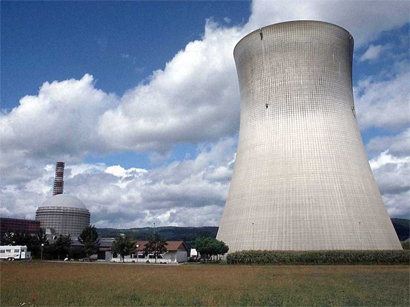 The ceremony for the launching of the construction of Turkey’s first nuclear power plant was held on Tuesday and Energy Minister Taner Yildiz hailed the importance of the multimillion dollar project saying that “development cannot happen in a country without nuclear energy.” The plant will be built in Akkuyu in Mersin province on the shores of the Mediterranean by Russian nuclear agency Rosatom. There have been claims that the nuclear power plant is being built in a seismic zone but Ankara stated that the area can resist earthquakes registering up to nine on the Richter scale.

The plant to be built in Akkuyu is one of Turkey’s three nuclear power plants that are to reduce its energy importations. Yildiz explained that if the country had had a nuclear power plant a decade ago, the government would have economized $14 billion in natural gas purchases. Two weeks ago, the country suffered its worst nationwide power cut in 16 years reminding authorities that the energy system continues to be a challenge.

President Recep Tayyip Erdogan has made the construction of nuclear plants a priority in his efforts to make Turkey one of the world’s top ten economies. The $20 billion plant in Akkuyu is expected to produce a total of 4800 megawatts from its four power units upon completion in 2020.

Environmentalists are concerned about the effects the nuclear plant will have on the rich wildlife in the zone. Jan Beranek, the director of Greenpeace Mediterranean, told AFP, that “Turkey is not ready to build nuclear reactors — the country is still missing the key pieces of necessary legislation” and also added that claims that the zone can resist earthquakes measuring up to nine on the Richter scale were “totally inadequate.”