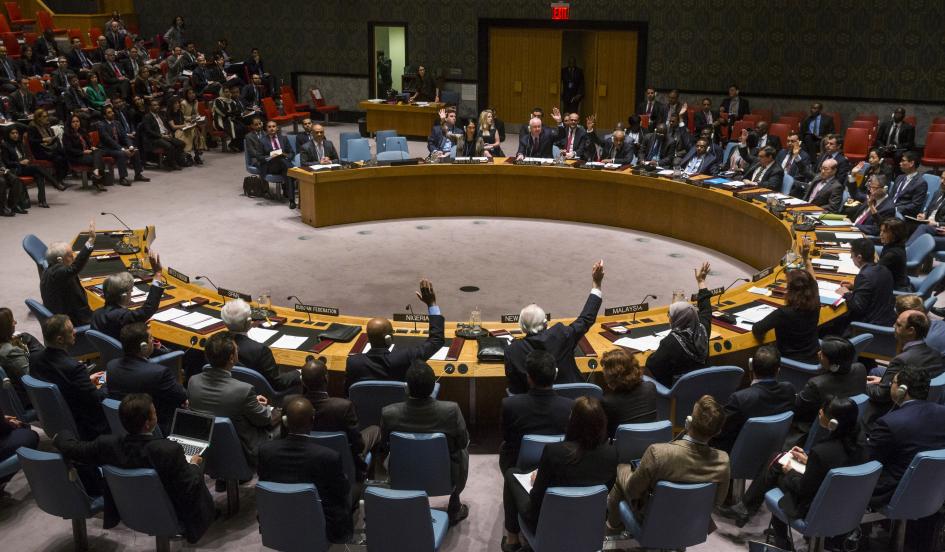 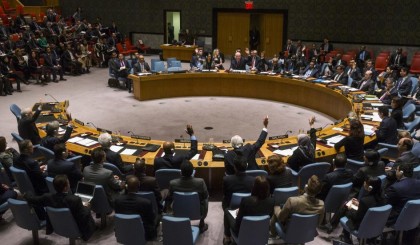 An arms embargo targeting the Houthi Movement and sanctions on Ahmed Saleh, the former president’s son and former head of Yemen’s elite Republican Guard, has been approved by the U.N Security Council. The resolution was condemned by the Houthi-led Supreme Revolutionary Committee in Sana’a as an “aggression.” It was drafted by Jordan, current president of the Security Council, in collaboration with the Gulf Arab states but Russian Ambassador to the U.N Vitaly Churkin explained that “the co-sponsors refused to include the requirements insisted upon by Russia addressed to all sides to the conflict to swiftly halt fire and to begin peace talks” after it abstained during the vote.

The resolution which was voted for by all the members of the Security Council except Russia imposed a global asset freeze and travel ban on Ahmed Saleh and Houthi leader Abdulmalik al-Houthi. Former president Ali Abdullah Saleh, and two other senior Houthi leaders, Abd al-Khaliq al-Huthi and Abdullah Yahya al Hakim already in the blacklist of the Security Council were also targeted by the resolution with an arms embargo including “those acting on their behalf or at their direction in Yemen.”

Russia was persuaded not to vote against the resolution during weeks of negotiations and Churkin warned that “the adopted resolution should not be used for further escalation of the armed conflict” and renewed Moscow’s firm stance for the arms embargo “to be comprehensive” because “it’s well-known that Yemen is awash in weapons.”

The resolution called for humanitarian aid, pauses and evacuation to be done in coordination with the Yemeni government. Yemen’s president and newly appointed Vice president are all based in Saudi Arabia which is leading an Arab military coalition.