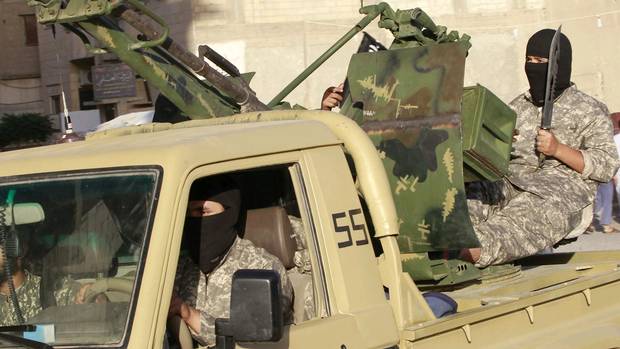 Syria: Extremist groups get closer to Damascus and Jordan 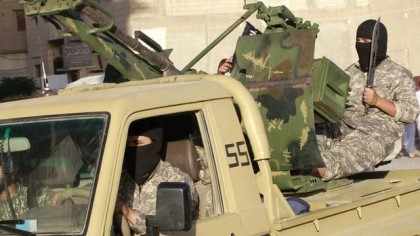 A coalition of rebel groups in Syria have made major advances on government held areas thereby getting closer to Jordan and Damascus. The developments will be of huge concern to Assad and King Abdullah especially regarding that the hardline extremists were among those leading the offensive charge.

Rebels backed by the Al-Nusra Front, an Al-Qaeda affiliate, took over the Nasib border crossing point after a fierce battle that started on Tuesday. Government troops are calling it a tactical withdrawal and helicopters loaded with barrel bombs later on attacked the area. The Nasib crossing point was the last border crossing point with Jordan that has been under the control of the government and its control by rebels exposes the Hashemite Kingdom to imminent danger.

Jordan closed the border crossing with the area leading to Syria’s Daraa province, to both travelers and goods. Interior Minister Hussein Majali told AFP that the decision was a “preventive measure to safeguard the lives and security of travelers due to the fighting underway on the other side of the border.” The southern province of Daraa is the area where the uprising against the Assad regime started in 2011. It has been under the Syrian government’s control for a long time but it seems as if it is on its back heels now.

Meanwhile, the extremist Islamic State group has stormed the Yarmuk refugee camp in southern Damascus used to house Palestinian refugees. This is the group’s first attack on the capital and Anwar Abdel Hadi the Palestine Liberation Organization’s political affairs director in Damascus said “fighters from IS” have taken over “majority of the camp.” Syrian Observatory for Human Rights has claimed that an armed group loyal to Hamas recovered some of the areas on Wednesday.