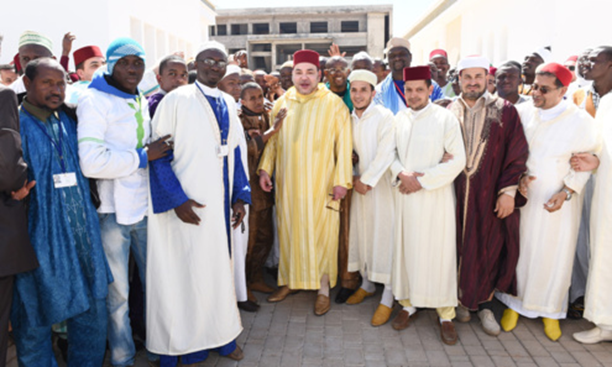 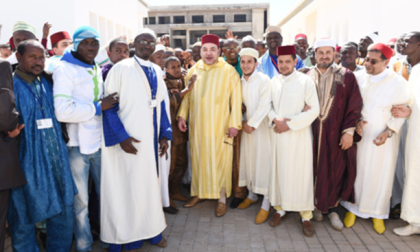 Morocco which stands up as a model in the Arab-Islamic world with regard to the tolerant Islam it has been upholding for centuries, to the Ijtihad of its theologians and to its approach to fight fundamentalism has just added a new milestone to its recognized efforts to promote religious moderation and tolerance, by setting up an institute for the Training of Imams, Morchidines, and Morchidates (religious counselors).

The center which has already received the first batches of trainees is expected to dispense the values of an open, moderate Islam to preachers and counselors from all the region of North-West Africa and also from some European countries such as France, the UK and Belgium.

Nearly 450 foreign trainees from Mali, Tunisia, Guinea Conakry, Côte d’Ivoire, and France are already attending the institute that was officially dedicated last Friday by King Mohammed VI, whose spiritual power as Commander of the Faithful is recognized not only in Morocco but also in sub-Saharan Africa.

The new training institution is part of Morocco’s approach to preserve its identity referent, which is based on le juste milieux, moderation and tolerance, and to shield itself from extremism.

This integrated, comprehensive and multidimensional approach aims to renovate and upgrade the religious field while preserving the fundamentals of the Islamic faith as it is practiced in the North African country and which is based on the Maliki rite and Sunni Sufism.

Yet, beyond its will to train Imams and religious counselors to the Islamic doctrine, beyond its will to spread across borders the genuine values of the moderate, tolerant Islam that constitute its own model, beyond its will to consolidate its standing as a major spiritual center in the Islamic world, Morocco seeks to endow the preachers and other religious professionals with the necessary tools likely to improve their ability to safeguard their own communities, mainly the youths, against extremism and to detect among these communities any elements that seem attracted by violence and terrorism.

As Put by Al Haffington Post Maroc, which likened the Imams trained or to be trained in Morocco to “the ambassadors of an open and tolerant Islam,” “aware that this fight (against terrorism) cannot be won solely by the sword, Rabat offers an original experience in the management of the religious field that can serve as a model for many countries.”

And this is precisely part of the Kingdom’s efforts to step up the fight against terrorism and to address structural causes for extremism, being convinced that a sound mentoring is the best alternative safe-haven against terrorism.