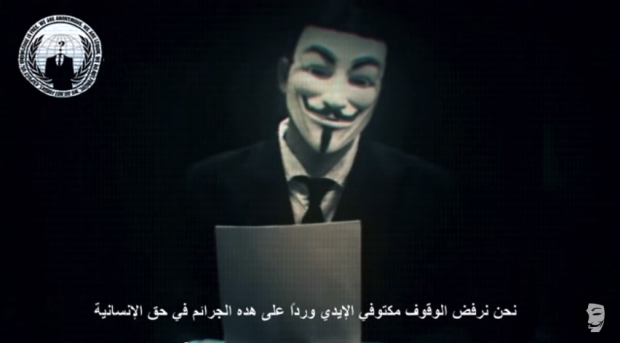 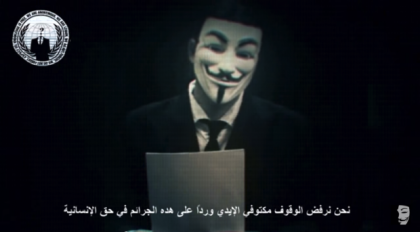 Anonymous, a hacker group, has released a video message warning Israel to prepare itself for an “electronic holocaust” on April 7 stating that their decision was motivated by Tel Aviv’s actions “in the Palestinian territories.” The video featured a man wearing the traditional mask of the group with an electronic voice and footages likely to be those of the 2014 Gaza war.The voice hinted that the attack will take down “servers, government websites, Israeli military websites, banks and public institutions” like they have done before.

According to the voice in the video, “eight cyber squadrons from around the world will decide to unite in solidarity with the Palestinian people against Israel.”

The message referred to Prime Minster Netanyahu and “Zionist entities” as “foolish” and stressed that “as promised in previous attacks, we will continue to electronically attack until the people of Palestine are free.” Israel has been attacked by hackers in November 2012 after Operation Pillar on Gaza, on April 7, 2013 and 2014 respectively. April 7 seems to become the symbolic date for annual cyber-attacks by the hackers.

The voice stated that the attacks will continue occurring “until the people of Palestine are free” and accused the government of Israel committing “endless human rights violations” and constructing illegal settlements and showing lack of respect to the international law.

A message was also addressed to “the youth of Palestine” described as “a symbol of freedom, resistance and hope”; urging them never to give up the resistance because the group will continue to defend them.

At the end of the video, a link to the Facebook page of the group and a website with the address Anonymous-Arab.com was highlighted. The voice was speaking in English with Arabic subtitles.

North Africa Post's news desk is composed of journalists and editors, who are constantly working to provide new and accurate stories to NAP readers.
NEWER POSTSound mentoring, an alternative safe-haven against terrorism
OLDER POSTAlgeria : The time for reform is now, PM Sellal